Here is one of those classic photos that everyone has to have (sorry the coloring is funny), Daddy asleep with the baby. 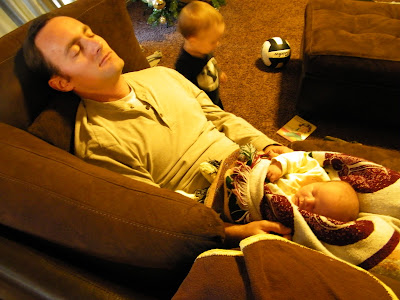 Charlie is now more independent with his new booster seat that he can get off and on by himself.  We made it out of some extra foam we had.  I covered the foam with a thick plastic bag and then a pillow case.  It is strapped to the chair by a belt so that it can't move. 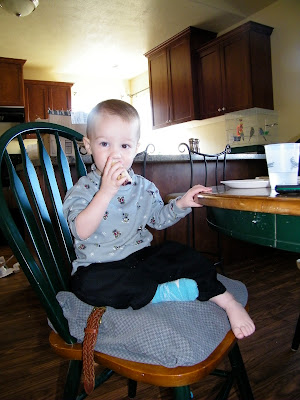 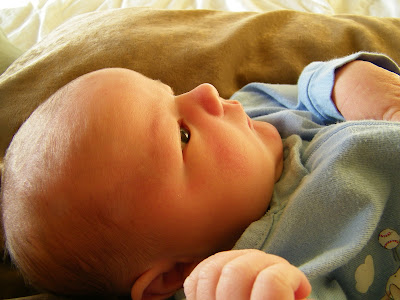 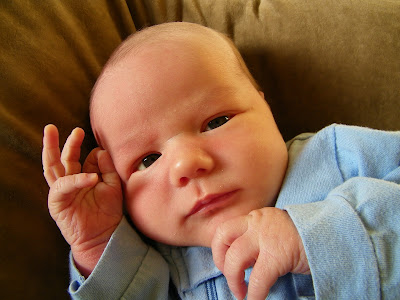 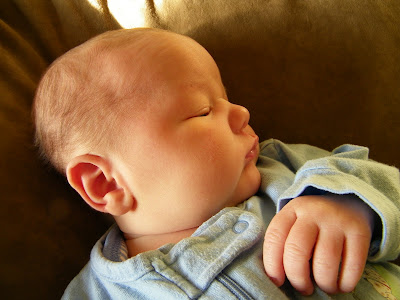 I love his cute little smile and dimple. 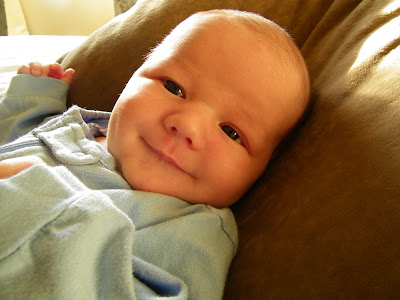 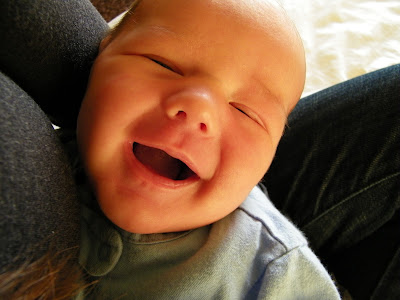 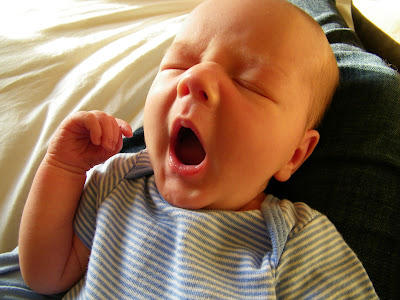 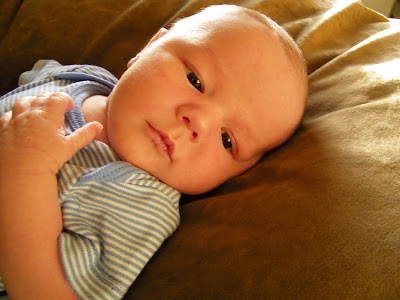 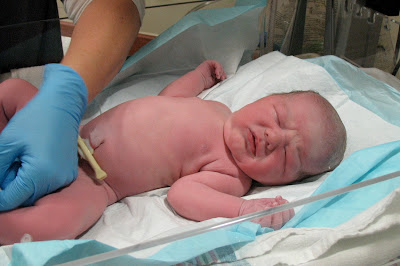 All of Sunday night I had contractions every four minutes for about 20 seconds each, but they weren't terribly painful: nothing to rush to the hospital for.  I was so pooped from the contractions that I would awaken half way for the contraction and then fall right back asleep for another four minutes.  It was quite the night.  Monday morning they kept coming with out letting up.  I finally decided that we were just going to go to the hospital to have them break my water and have the baby.

We drove to Timpanogos Hospital an hour away from Grantsville hoping that they wouldn't turn us away saying come back later.  Timp Hospital is apparently small but pretty busy.  They did not have any delivery rooms open for patients that weren't in full active labor.  They put me in an evaluation room to see if I would qualify for active labor (dilating 1 cm per hour).  After the hour of waiting the nurse told me that I had dilated and that they would some how make room for me to have the baby.  YEA!  They moved me to a delivery room.  I had told them that if they would just break my water that the baby would come on out.  For some reason we waited FOREVER for them to break my water.  I never felt like the nurse gave me a very good reason why.  It seemed like they were always waiting on something else.  So we waited around ALL day. 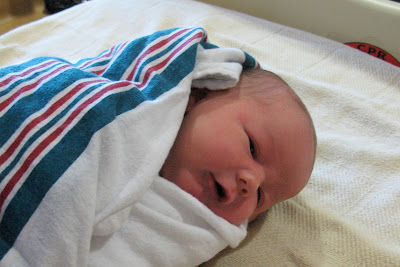 I kept having my contractions every four minutes.  They were getting quite long and a bit more painful, but I could handle the pain.  I knew that I would want an epidural for the actual delivery, but I also knew that I wanted to feel as much of what was going on with my body as possible for as long as possible.

Finally around 6 o'clock ish my water was broken and contractions turned from bearable to the most wrenching pain ever.  I got an epidural which was incredibly painful to get at this point in labor since everything the anestesiologist did induced more contractions which were harder.  Things went pretty quickly from there.  Henry's head was about ready to pop out and so they rushed to get set up and to get the doctor in.  After pushing for three contractions, out popped Henry at 7:42PM!  I had much more energy with this labor to be able to fully sit up during delivery and got to watch pretty much the entire birth.  It was a pretty amazing experience. 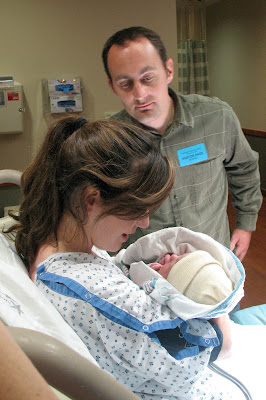 My recovery was phenomenal.  My epidural wore off quickly and I had very little residual pain.  I completely contribute my great recovery to all of the labor intensive yard work I did this summer.  I was able to walk pretty well by the time I got to the recovery room and was up and about the next morning. 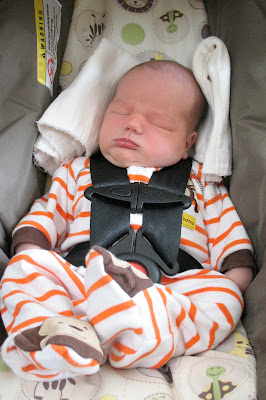 Charlie loves his little baby brother.  I have tried to show Charlie other babies but he never cared about them, but some how he knew that this baby was different.  He was pretty excited and proud. 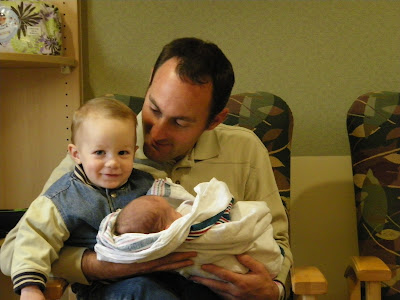 He loves looking at Henry and pointing to his nose or eyes. 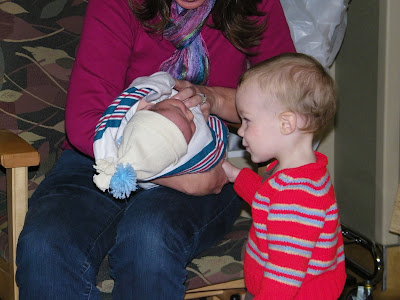 Charlie climbed into my hospital bed with me and wanted to hold Henry.  He gave him kisses and laughed and squealed about having a brother. 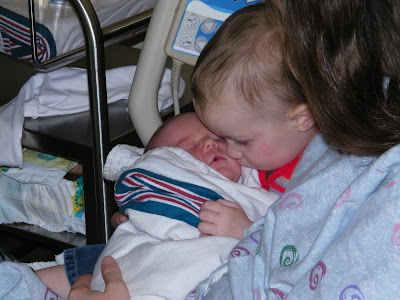 Charlie is adjusting fairly well to having Henry around.  The novelty has kind of worn off, but he still loves him just as much.
Posted by Unknown at 11:19 PM 2 comments:

Charles is the Best

Yesterday my power cord broke and started sparking while I was using it.  I was pretty sad because that meant having to buy a new one and not being able to use my computer for a while since it wasn't very charged at the time.  When Charles got home he took a look at it and decided that he could fix it.  He had all the tools needed and the superb know-how to put it all back together again so that it works great.  It doesn't look fabulous anymore, but it works and I am glad we don't have to buy another cord. 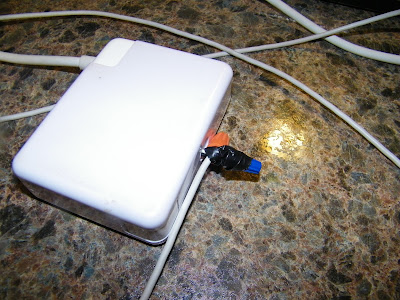 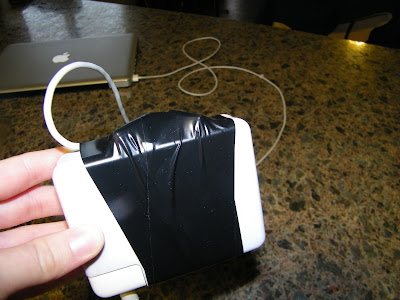 It snowed here in Grantsville!  Charlie really loved it.  We went out in the morning to wave bye-bye to Daddy as he left for work and Charlie REALLY wanted to play in it instead of being wrapped in a blanket.
Here is our backyard!  I love that it was so cloudy that you can't see the mountains. 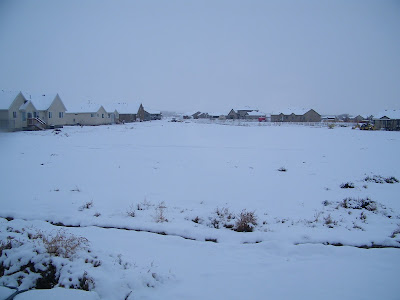 Our back stairs were quite snowy; our cat didn't care for that since she often hangs out there. 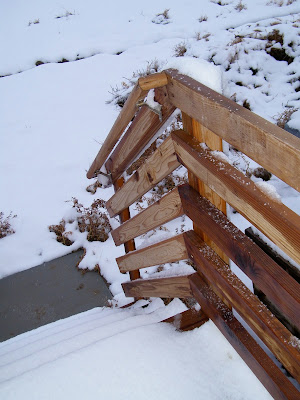 The snow looks really neat on our mailbox. 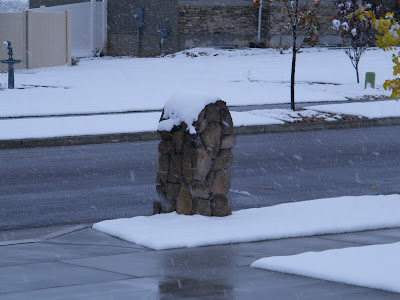 I made this cute little wreath from weeds in our backyard for the fall season. 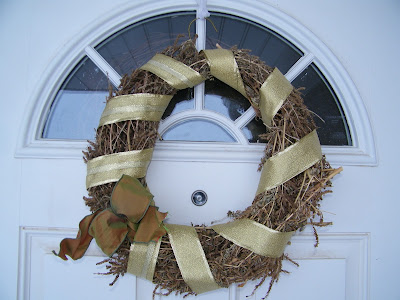 But at our house we have quickly moved past the fall season and are ready for Christmas.  Charlie doesn't bother the tree much.  He will softly touch the ornaments, but never anything violent.  I put our tree up early since I might not have the energy after the baby is born. 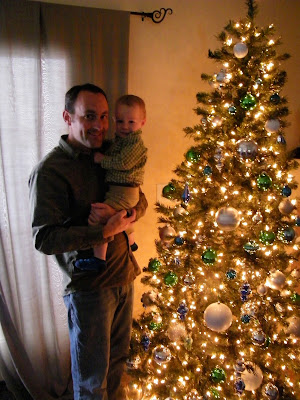 Charlie was a French painter for Halloween. 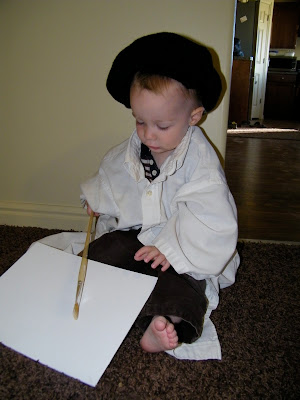 He wouldn't leave his costume on for any longer than a few minutes.  I think we may reuse this idea for next year. 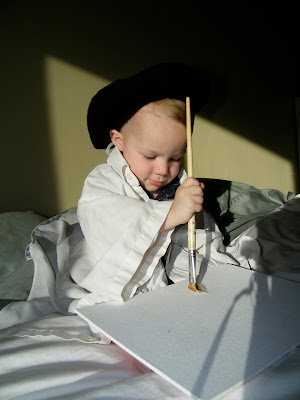 Charlie isn't old enough to trick-or-treat, but he did enjoy playing with the candy that we gave out to the kids that came by our house.   Thankfully the secret that candy is food hasn't reached Charlie so there was no fussing or crying for candy!  Hopefully he doesn't get let in on the secret for a few more years :)  We did although have a "fun" Halloween dinner.  Charlie and I made a pumpkin pizza.  It doesn't look fabulous, but it was fun. 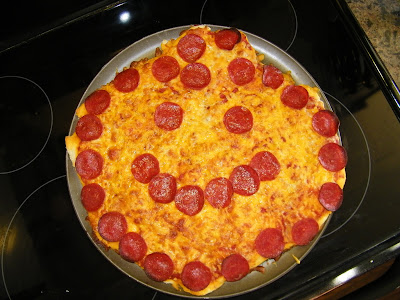 While I was rolling out the dough Charlie loved playing in the flour!  He sure knows how to make a mess, but it was so fun.  While Charlie was swiping flour off of the counter, I could hear in my mind my Mom saying, "He's acting his age."  I am glad that she always told us that about younger kids when they did things that were so immature.  It helps me realize that little kids just don't get it, patience is always needed, and it is fine for them to act their age. 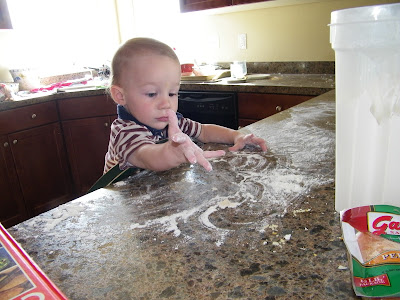