4th of July, packing, and the Deaf Ward

The 4th of July was so much fun with lots of huge fireworks, family, camping out on the parade route, family, watching the parade, and family gatherings and games.  I definitely loved the family part of the holiday as you can imagine.  It is always my favorite part of every holiday


We have had Charles' little sister Angela over to our house to help us pack up our things and help us clean.  She is so helpful and I am so glad that she is willing to help us.  We are both so insanely busy, I more so than Charles, and hardly have time to even make real food, so to have Angela help us move is very helpful.  It is hard to know what to pack up when we aren't moving immediately I am always trying to figure out what we can and can not pack up and get ready.


For my current ASL 202 class we have to have to do three experience things, so today, Sunday, we went the the Deaf Branch in Lehi (it is very close to where we will be moving soon).  I saw three of the four ASL teachers I have had.  There were many things that I learned.  It was neat to see that the Sacrament prayer still had to be signed word for word with English grammar and not ASL grammar, it consequently had a lot of finger spelling in it.


For Sacrament Meeting there were two interpreters that traded off, it was neat to watch them interpret for those who were hearing in the congregation.  For all of the announcements, Sacrament prayer, and one of the talks they had been provided with a copy of what was to be said.  I can definitely see the purpose in doing such a thing.  On the talk that the interpreter did not have a copy it was much more difficult for them.  Since ASL does not have the same grammar structure as English it is hard to translate things quickly.  For Sunday School there was no interpreter so I tried to interpret for Charles so that he would understand what was going on.  It was very difficult!  It was hard when I knew the meaning for a sign, but not a specific word.  It was difficult also since they sign SOOO fast!  It was always easier once I knew the general outline of where they were going with something, such as a story from the Bible.


Singing in church is a bit different in a Deaf Ward, sine there can be many different ways that the song can be translated, they have a person in the stand, where the chorister would be, but instead of conducting the song, they sign their translation so that all people sign together the same thing.  It was neat to hear Charles and one other woman sing during the songs, I was signing, or at least trying to.


After Sacrament meeting was over, we were simply observing people and it was so adorable to see a man signing to a young boy who was maybe a year old and the little boy seemed to completely understand everything that because he was totally responding.  It was SOOO cute.  I am bound and determined to teach my children to sign when they are so young so they can be as cute as him.


In the Deaf Branch, the Deaf people obviously have immediate family who is hearing, usually children.  It at first shocked me how loud Sacrament Meeting was, but then soon realized that it was the children of Deaf parents that were being so loud.  There parents couldn't hear them along with most of the rest of the congregation, so they were never reprimanded for being too noisy during church.  You could tell which people were hearing because their children weren't loud.


It was such a neat experience to learn more about the Deaf culture and to have more practice interpreting and learning more words, most of which related to church things.
Posted by Unknown at 9:37 PM No comments:

Picnic in the Park

Blogger was messed up last week.  Here goes nothing.
We went up the canyon last week with my extended family and had a picnic.  I ate until I looked like a walrus and then we went home to see the USA get beat by Ghana in the World Cup.  The pain of overeating is always exacerbated by losing a game that only happens once every four years.  The following is a picture of Annette and me looking amazedly at something.  I wish I knew at what. 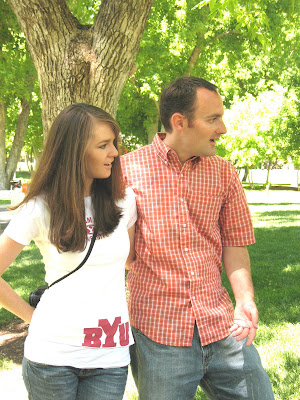 This is our nephew Martin Stubbs who apparently came down with a Emergency Room style sickness right after our picnic.  Probably due to whatever was on his finger pictured below. 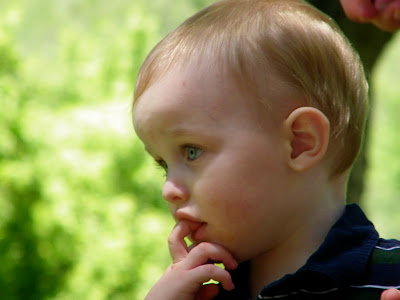 Since I'm not the one that took these pictures, I'm not sure why this holds significance other than Annette did a great job of contrast in this one.  I'll let you all decide how these leaves remind you of the omniscience of God. 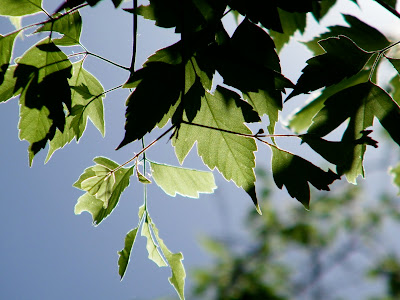 This is a picture of Beauty and the Beast.  We went to the Traditions Ball at BYU a couple of months ago and I think we blogged about it, but is another picture. 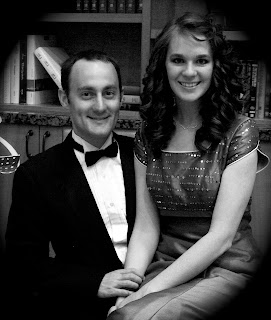 We bought a fridge this week similar to the one below.  We bought it because it's similar to Grandma Hatch's fridge which has the freezer on the bottom.  This makes sense since one gets into the freezer far less than the fridge so why would one want to destroy their back needlessly by perpetually stooping to get into the fridge? 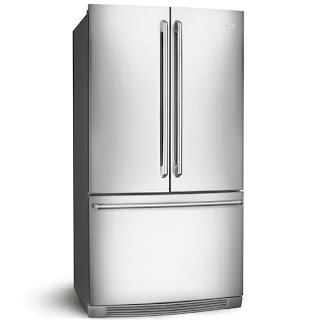 The townhouse---the government said they would accept our offer, but they haven't give us the paperwork.  Until that happens, we're not getting our hopes up too high...I hope.  I locked in a interest rate of 4.375%!  That's about as low as President Faust's was in his day.  Wow!
Oh, and yesterday I played tennis with my dad and two of my sisters.  I'm hoping that if they continue to practice that they'll be able to beat those Williams sisters next year.
Well, we love you all.  Thank you for being amazing, supporting, helpful, informative, and loving. ;)
Posted by Unknown at 4:16 PM No comments: