Well, I am not sure what we did this week, all I remember is that I studied for over 15 hours for my second math test.  I got an 85% which was better than I was expecting.  I also spent about 4 hours reading "When the Mind Hears" which is an amazingly well written book on how ASL developed and how it came to the US.  I have to read the book for my ASL 201 class and highly recommend it to anyone that would like to be culturally edified.  It is a pretty thick book to read in one semester, but it is deeply interesting and I would be done with the entire thing if I didn't have to go to work.

Charles' illness last Sunday went away that evening, but his stomach has still been quite tender and so he is finally getting around to eating more real foods.

We put in an offer on a townhouse, but we just asked them to again reduce the price if they want to sell it to us.  We are still waiting on the response.  Looking at places to buy gives me a deeper appreciation for the place that we are now living.  As much as it is nice to own your own place, it is also very nice to know that as we are renting the payment amount every month will be the same and we wont have any extra expenses on the place we are living.
Posted by Unknown at 3:13 PM 2 comments:

Charles Found Himself in a Predictive Index

I had a Predictive Index done at work. It is super cool and I think they cost thousands of dollars. The predictive index has two questions. The first question was something like how do you see yourself and there are about 50 adjectives and you can check as many as you think describe you and the second question is something like how do you feel you are expected to be at work and you go through the same list of adjectives checking as many as you feel like. Then, somehow from that, you get a print-out of your personality. It's all scientific and I don't know how they can get paragraphs of information from someone just because they chose adjectives, but it works. I read my coworkers' and it described them perfectly. These aren't always flattering so I feel mine turned out well. So, here's my personality as described by the Predicitve Index: (I bet my mother will be the only one to read this--unless she's busy and then I understand)

STRONGEST BEHAVIORS
Charles will most strongly express the following behaviors:

Charles is an engaging, stimulating communicator, poised and capable of projecting enthusiasm and warmth, and of motivating other people.

He has a strong sense of urgency, initiative and competitive drive to get things done, with emphasis on working with and through people in the process. He understands people well and uses that understanding effectively in influencing and persuading others to act.

Impatience for results and particularly impatient with details and routines, Charles is a confident and venturesome "doer" and decision-maker who will delegate details and can also delegate responsibility and authority when necessary. Charles is a self-starter who can also be skillful at training and developing others. He applies pressure for results, but in doings so, his style is more "selling" than "telling".

At ease and self-assured with groups or in making new contacts, Charles in gregarious and extroverted, has an invigorating impact on people, and is always "selling" in a general sense. He learns and reacts quickly and works at a faster-than-average pace. Able to adapt quickly to change and variety in his work, he will become impatient and less effective if required to work primarily with repetitive routines and details.

In general terms, Charles is an ambitious and driving person who is motivated by opportunity for advancement to levels of responsibility where he can use his skills as a team builder, motivator and mover.

MANAGEMENT STRATEGIES -- To maximize his effectiveness, productivity, and job satisfaction, consider providing Charles with the following:

Like I said, it's pretty amazing that the Predicitive Index can come up with all of that from me simply choosing some adjectives. It's still a generalization and can't be applied to everything. For example, I don't have "...a strong sense of urgency, initiative and competitive drive to get things done..." when it comes to doing the dishes. I HATE doing dishes.

Anyway, in case anyone wanted to know me better, including myself, this is the ticket.

Happy Mother's Day to our wonderful mothers and grandmothers.  We appreciate so dearly what they do for us and what they have done for us throughout our lives.

This past Thursday, I had my first major ASL test.  Prior in my other ASL classes, it was always a test where we wrote down what the instructor signed.  This test was given by having us sign things for her in correct ASL grammar ad signs.  We were assigned to give an interesting statistic and a neat fact.  I think I did pretty well because she seemed to understand everything that I signed.

Friday evening I took my friend, Rose's engagement photos.  They turned out pretty well.  I would post a few, but she doesn't want anyone to see them yet.

Charles gave me breakfast in bed on Saturday morning which was delicious and then he so kindly helped me work on my math homework.  After I got off work in the evening, Charles and I looked at a condo/townhouse in Saratoga Springs.  It was foreclosed on the builder, so it is brand new and at a great price.

This morning, Charles was up at 3AM exceptionally sick.  We really don't know how he got sick, but he was absolutely miserable.  It was so heart wrenching to see him in absolute pain and unable to sit up in bed by himself to get a drink of water.  I did go to church while Charles said he was going to sleep.  Charles unfortunately didn't get any sleep and had a hard time without me.  We had two wonderful Brothers in our ward that gladly came to give Charles a blessing.  Charles is feeling so much better and actually ate some rice and toast and it looks as though Charles is finally getting some rest as he listens to General Conference.
Posted by Unknown at 9:21 PM No comments: 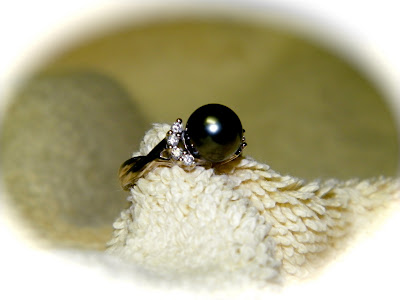 Our dear good friend, Rose, just got engaged and I thought I would share with you a picture that I took of her wedding ring. It is as unique as she is. 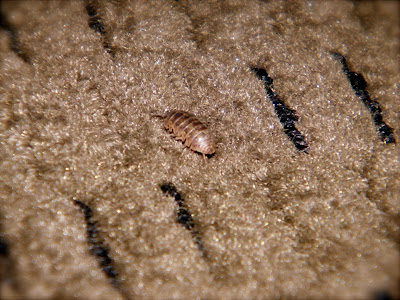 With Springtime here the bugs are all coming out. Although Charles did spray the entire place with bug spray stuff, we had a little friend that somehow passed the barrier. We found this roly-poly in the middle of our brown carpet, it was really quite hard to see him 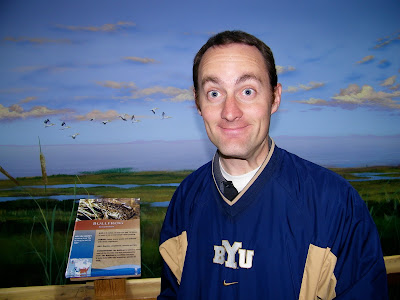 On Friday, Charles and I went to the Living Planet Aquarium. It was pretty fun for how inexpensive it was. Here Charles is smiling his best for the camera. 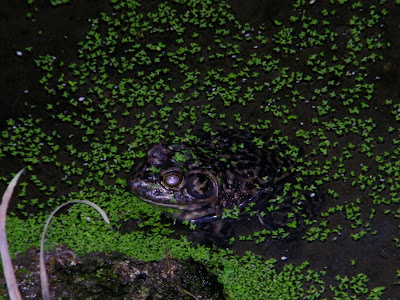 Here is the large nasty toad they had in the "Utah" section of the animals. 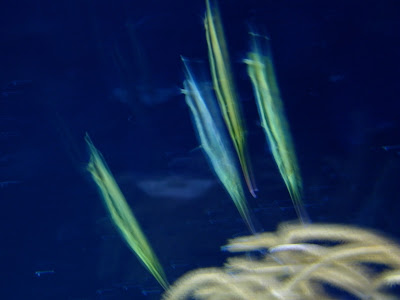 Here we have the funny fish that always swam left to right even though they always faced downwards. 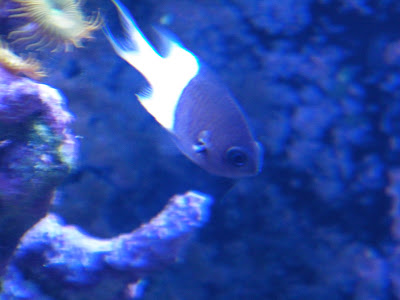 This fish looked as though he was dipped in chocolate. 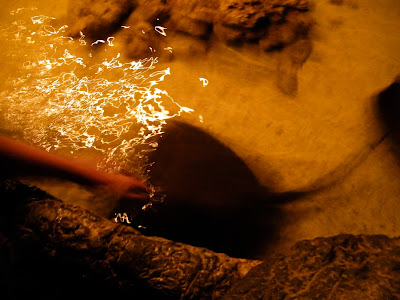 Charles loved touching the sting rays. He had great fun petting them. 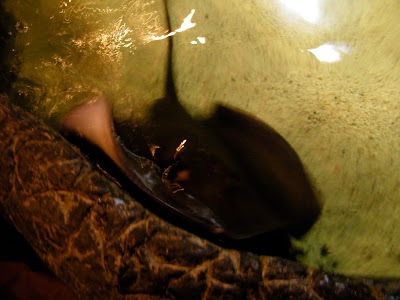 This string ray kept coming up the side of the wall trying to get me to touch him. I got quite scared and ran away. I don't care to pet things with the word "sting" in their name. 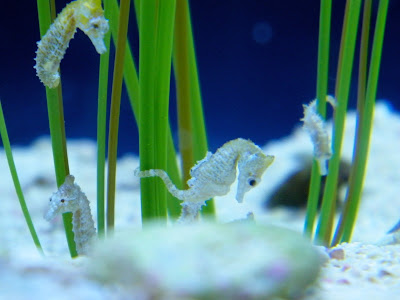 Here are the awesome, cool tiny sea horses. They looked very frail, but quite neat. There were some other larger ones in another little aquarium though. 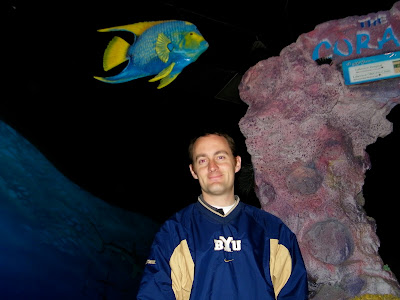 Here is Charles swimming with the fishies and hoping that this one doesn't attack him. 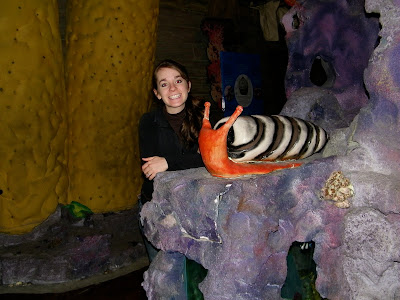 Here I am with the fake sea slug. 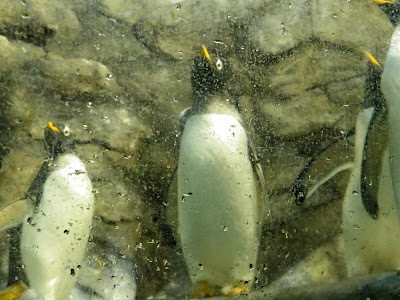 This is the new penguin exhibit at the place. They were quite fascinating and fun to watch 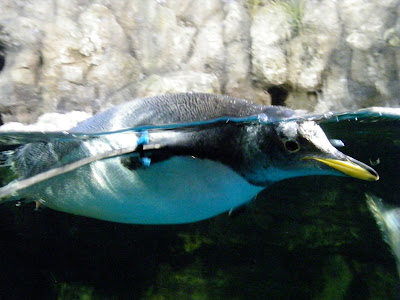 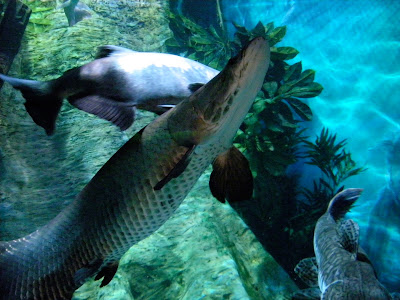 These are the largest fish that they had here. They were quite big. 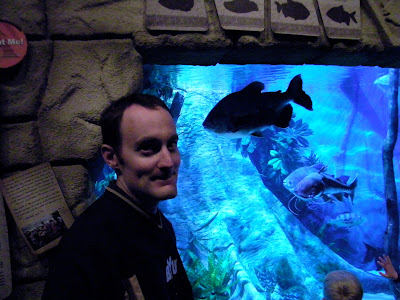 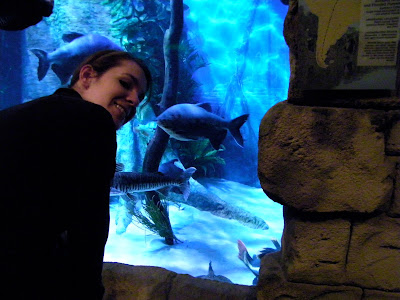 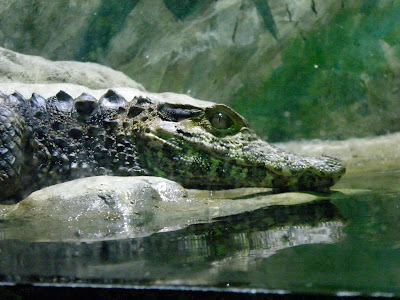 This alligator was quite cool even though he and his other alligator friends didn't really do anything. (This was Charles' picture) 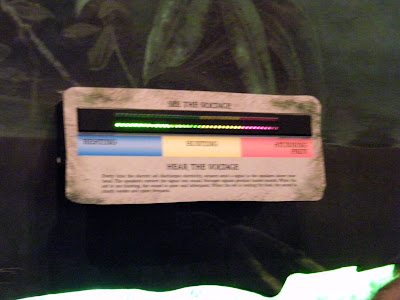 There was an electric eel and they had this neat machine that recorded how much electricity it was producing. While we had been looking at it for most of the time it was only producing a little bit at the "Resting" Level (Blue). But once we ventured on to see other animals, he got rambunctious and produced all the way up to "Stunning Prey" (Red). 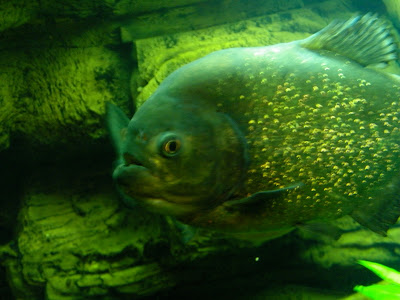 Here is the piranha that was there. It didn't look very vicious at all. It was pretty neat that it had gold sparkles on its side.


On Saturday Charles and I went shooting with a few friends. Here I am shooting an AR15 (I think?) 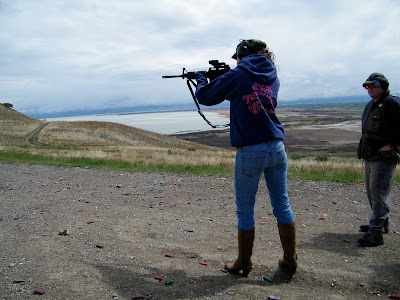 We shot on a hill just above the southern tip of Utah Lake. It had been snowing/raining every where in Utah Valley except for right where we were shooting. 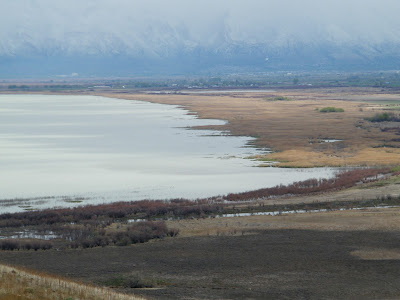 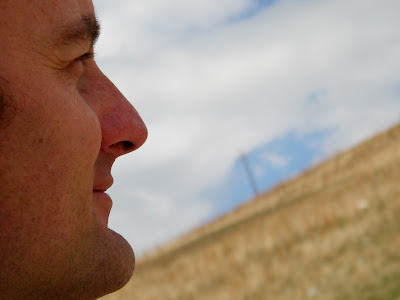 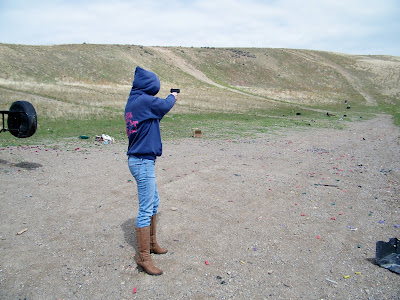 We shot a few different guns. Here I am shooting a 9mm Springfield and below Charles is shooting a 12 guage shotgun. He actually hit three clay pigeons on his first time shooting a shotgun! 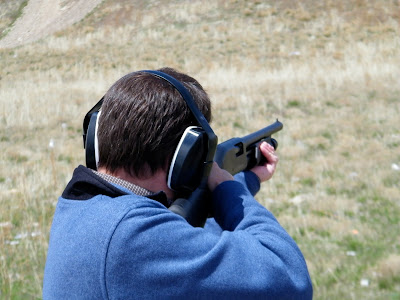 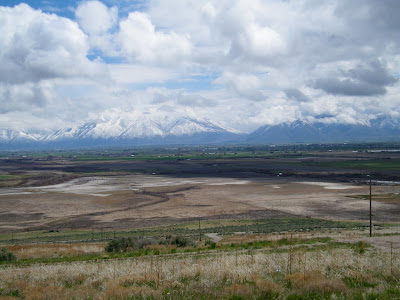 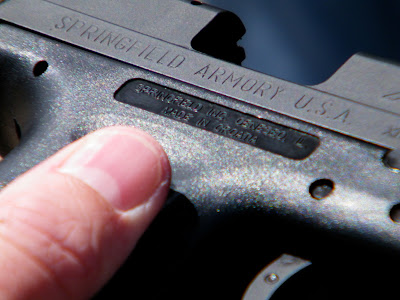 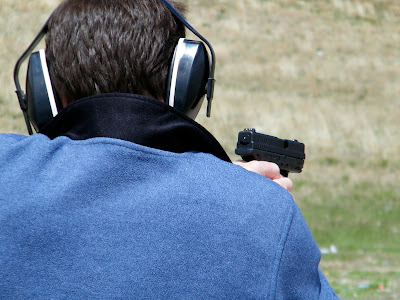 After shooting Charles and I went out to eat with Corey Coombs (who we went shooting with) at Fuddrucker's. It is a little hamburger joint that has a "1lb challenge". It consists of eating a hamburger with a 1lb patty along with chilies cheese fries, a bowl of ice cream, and a glass of soda. I decided it would be fun, so I set out to do the 1lb challenge. The hamburger was nice and easy to get through along with the ice cream. The test really came with the fries with chili on it. I have done the 1lb challenge before with Charles' fire fighter friend and back then they didn't put chili on the fries and it was relatively easy to get through everything. But with the extra can of chilie on the extremely disgusting fries, it was hard. I am happy to say that I did finish the challenge and got a free t-shirt! We took the below photo at the Coombs home after we ate and that is their pug, Buda, in the picture with me. 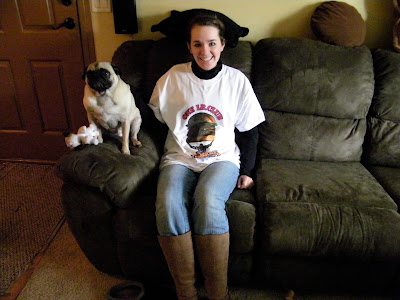 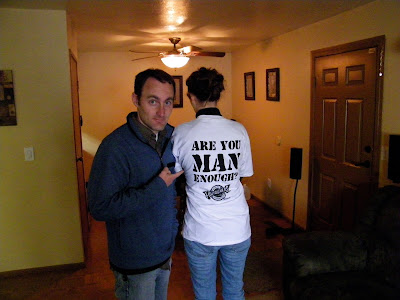 The shirt says "Are You Man Enough" on the back.
Posted by Unknown at 6:25 PM 1 comment: