Charles has been playing in the stake basketball tournament thing. Saturday morning was the ward championship tournament (because there are 4 teams and only 2 go to the stake level). Charles played great, but there seem lost both of there games. At the basketball game earlier in the week, Charles twisted his head funny and popped a few vertebra out of place. So we got a fun visit to the chiropractor to get it all put back in. Our chiropractor did his thing and then went to check it and there were still a few things that weren't right so he had to twist Charles neck again violently.
This Saturday as Charles was making cookies he noticed that there was something in our oven. After the cookies out of the oven he noticed that it was one of the bagels that I had cooked a few weeks ago. I guess one of the bagels had fallen off and since I had made such a large batch I didn't notice one was missing. 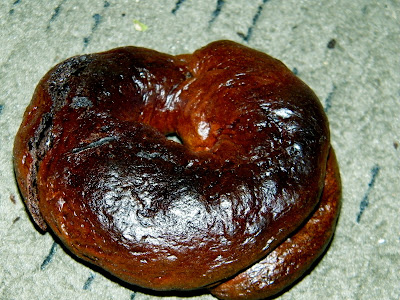 Friday night Charles and I wen to our friend, Rose's house to help her with her taxes (Charles actually helped, I unintentionally distracted). Once we were done we decided to bring Rose with us to our married student ward activity. Rose keeps telling us to set her up with guys, so we figured that although it would only be married people at the activity, married people have single friends. The one table that we sat at indeed had a single guy friend that would be in town. So we set up a triple date for Saturday night. It was a fun evening playing games and Rose and her date seemed to get along well. We will see what happens next.......
Posted by Unknown at 12:46 PM 1 comment: 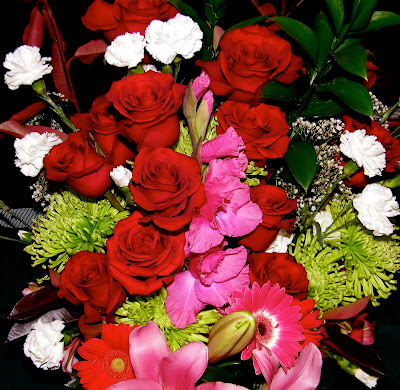 (Annette Speaking) Valentines Day is now one of my favorite holidays!

(Charles speaking) We did the 12 Days of Valentines again this year. For those of you who weren't in the loop last year, while we were dating, I thought to myself, "Self, why are the 12 Days of Christmas only for Christmas? Why can't I do it for Annette for Valentines Day?" So I did. I wanted to do something cute, so each day I would give her a gift (as clandestinely as possible), and it was always accompanied by a note that would start out "On the [nth] Day of Valentines My True Love Gave To Me, [insert name of gift here]" Then there would be a note that explained how that object represented her or reminded me of her. But! This year Annette did it for me as well. On Day One she posted a pink heart on the wall with a reason she loved me. On Day Two, she posted two hearts on the wall with two more reasons she loved me, and on and on for the following days. On Day Twelve though, she didn't just do twelve hearts. She did a BILLION hearts and she put them EVERYWHERE! I don't think a volcano could have done a better job of interspersing hearts around our apartment. I'm still finding them today hidden among my toiletries, clothes, cookbooks, etcetera. She claims I haven't found them all. It was cute. Leave it to her to one-up me!

Annette started her new job which has been fun. The manager who hired her seemed intensely desperate for help, but the stories she's told are that there are three or so workers at any given time, but only one or two customers at any given time. I think it's been fun for her to talk to the other workers and to get paid for trying on clothes. Disclaimer: My description of all of this could be wrong, so get the real story straight from Annette. I do believe Annette is perhaps a stellar saleswoman. She's gorgeous, she's genuine, and she's not pushy.


My finger is healing well. Yea! Who needs doctors when you have duct tape and Google? 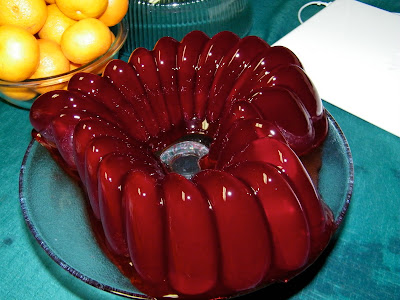 We finally had my parents (Tom and Jan) and my youngest sister (Angela) over for dinner for the first time. Annette wanted to make Jell-O and it was close to Valentine's Day, so we made ten cups of Jell-O in our heart-shaped bunt pan. Pretty sweet, huh? The main dish was a marinated chinese chicken salad that is to die for. 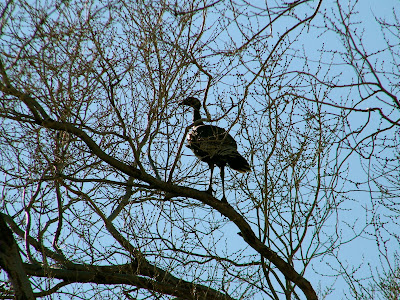 We're starting a garden. A couple of days ago, I was outside digging rocks out of the ground which doesn't leave much since there's many rocks and little dirt. I heard rustling behind me. I heard it over and over again and thought someone was playing a trick on me. A second later two large pheasants startled me to death by flying out of some nearby brush and flew into a large tree in the back yard. I had no idea that pheasants could fly that high. This tree is a good fifty feet tall. Anyway, if you thought the age difference between Annette and me was large before, you'll be pleased to hear that I lost five more years off of my life after that panic attack.
Below are more pictures of the ground we're tilling.
The first is what it looks like before we've touch it 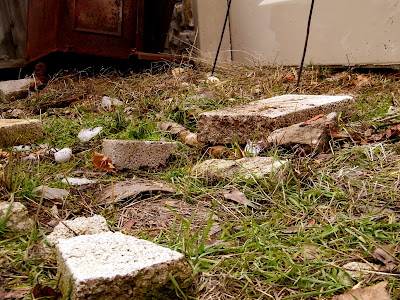 The second is what it looks like after we've worked on it for about one hour. 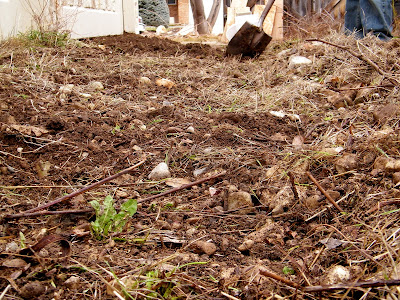 The next two show some contrast between the first hour of work and the second. 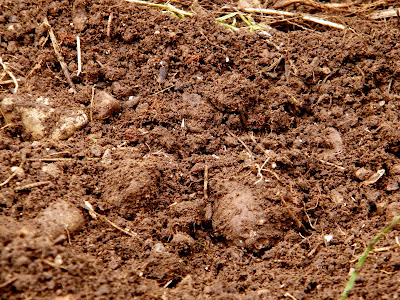 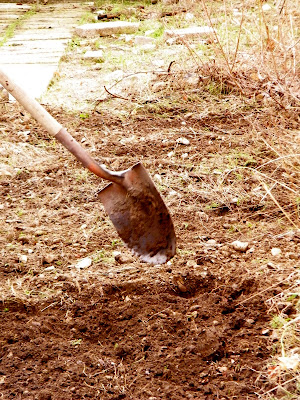 We had a great party with Clark and Quenta Hatch (Annette's uncle and aunt) and tons of their family and friends. There was lots of good company, fun games, and amazing food. If you ever want to play psychologist, scream.
The last comment is that Annette said that her mom used to make rock cornish game hens when she was about eight years old. We made some tonight and they were SO good. I should have taken a picture but Annette was so ravenously hungry that she almost didn't bother to take the hen out of the crock pot before she started eating. I think she ate them bones and all.
Thus it is. The End.
Posted by Unknown at 1:44 PM No comments:

After Charles' tireless search for a job...

there was a voice message on my phone that was offering me a job without even looking! Charles was a little bitter :) but he is better now. I applied at Talbot's a long time ago and they apparently didn't round file my application and just happened to be in need of an extra hand around the store. I start my first day of work tomorrow! The first day of work is always nerve racking for me until I step through the front doors of the place and then I am fine.
Charles and I have been slacking in our reading on the Laura Ingles series, so yesterday we read to one another out of "Farmer Boy." It is so fun to read the books again. I get so excited right before all the good stories.
Yesterday I also made a triple batch of bagels. I love bagels! But they are too expensive to buy, so I just make a ton at a time and then stick them in the fridge till I slowly go through the entire batch.
Last year Charles did the 12 Days of Valentines for me and is doing it again this year. I decided that I would also like to be an active participant. So every morning we each try to get up before the other so that we can put our things before the other awakes. Charles seems to be winning at getting up before me (It is probably because I stay up reading at night my current John Grisham book). It has been fun to do things each day for each other. What Charles does is he gets me an item that I need/want that corresponds to the days number and then writes me a really cute love note with it. What I have done this year is to cut out hears that correspond to the day's number, write reasons I love Charles on each and then tape them to our living room walls. It is quite fun.
Posted by Unknown at 9:48 PM 1 comment: