How We Spend the Winter

We have had a few recent snow storms and have been still cooped up in the house. 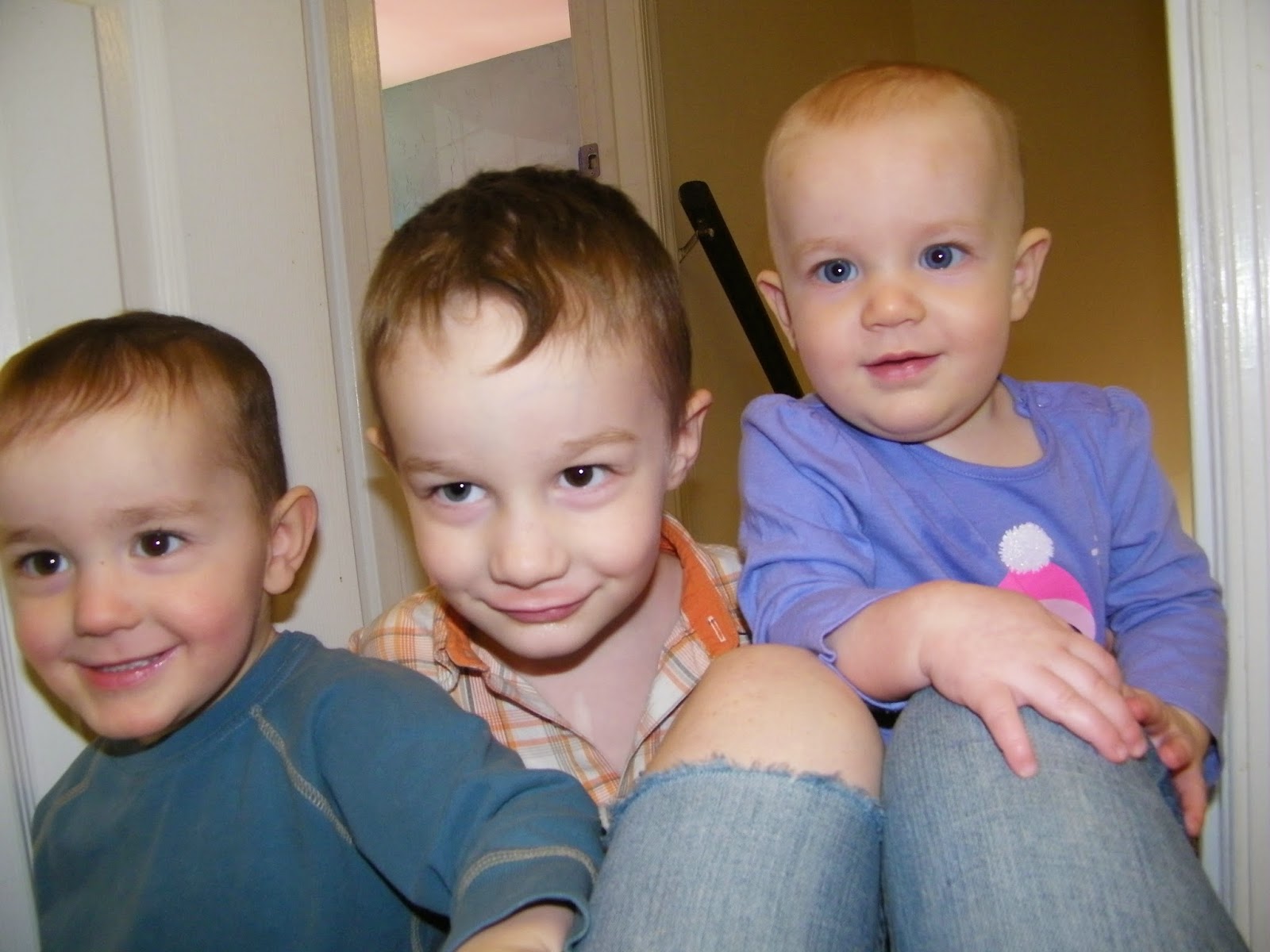 We set up the tent in the living room so we could "camp" during the day. 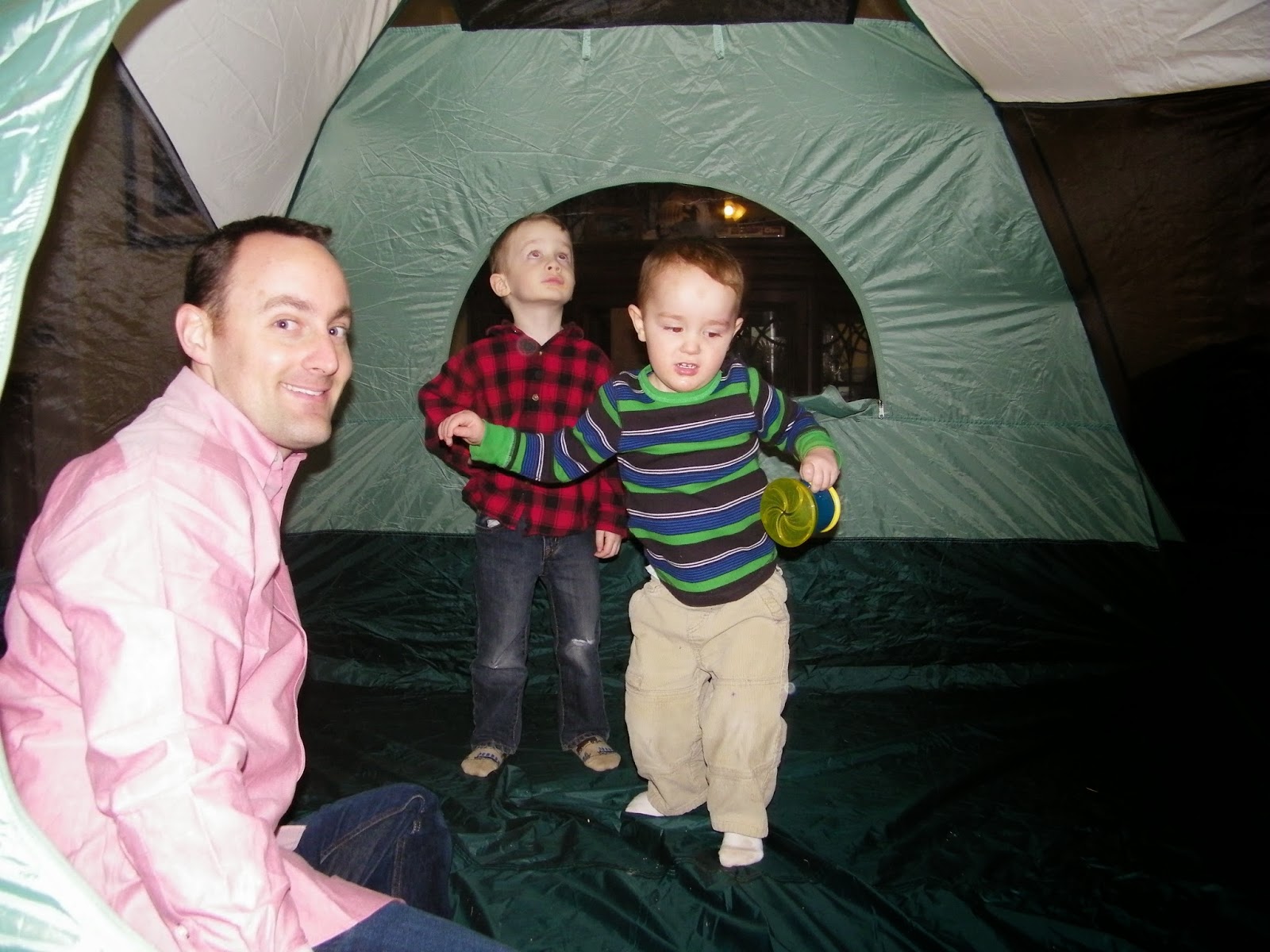 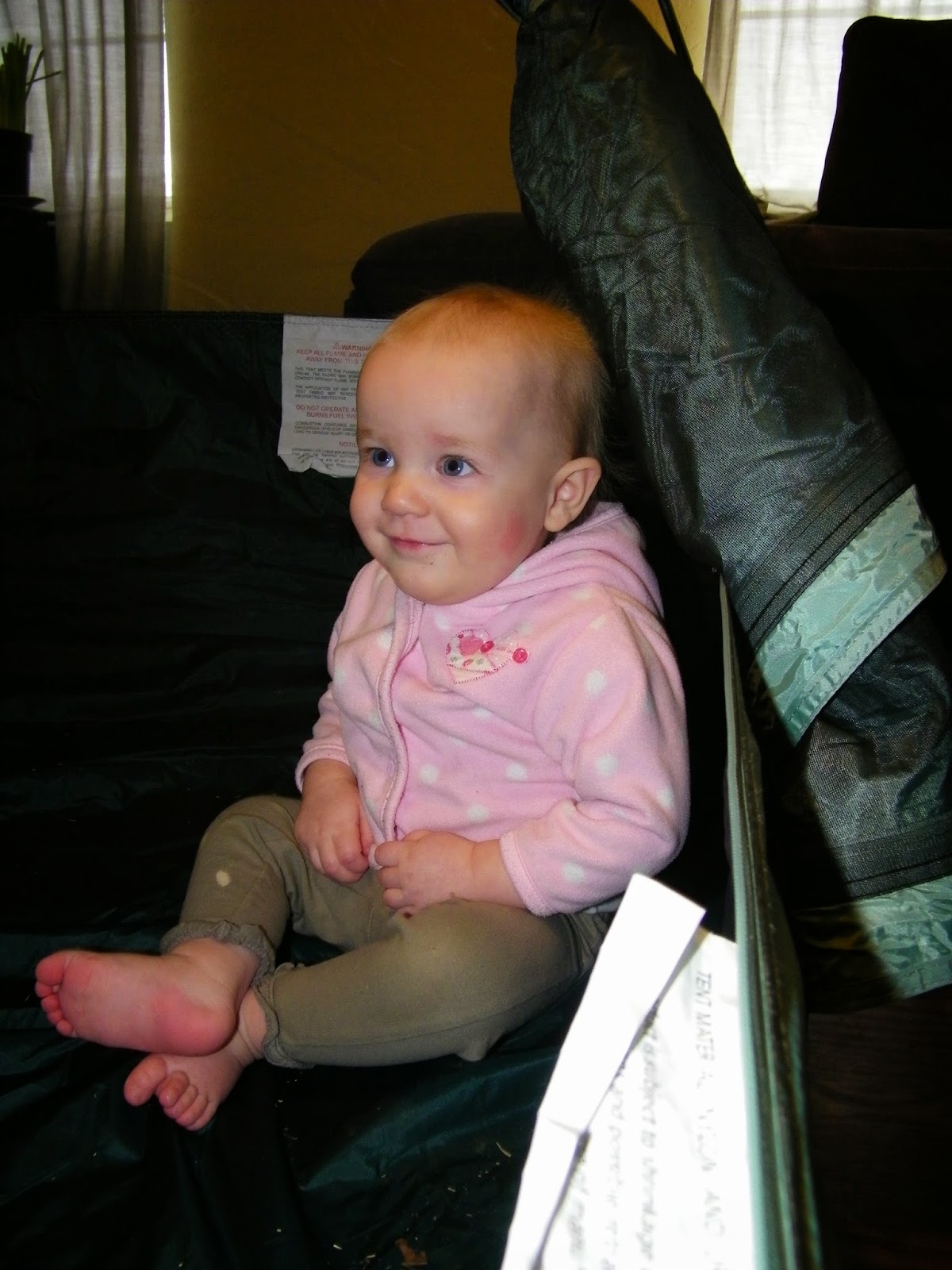 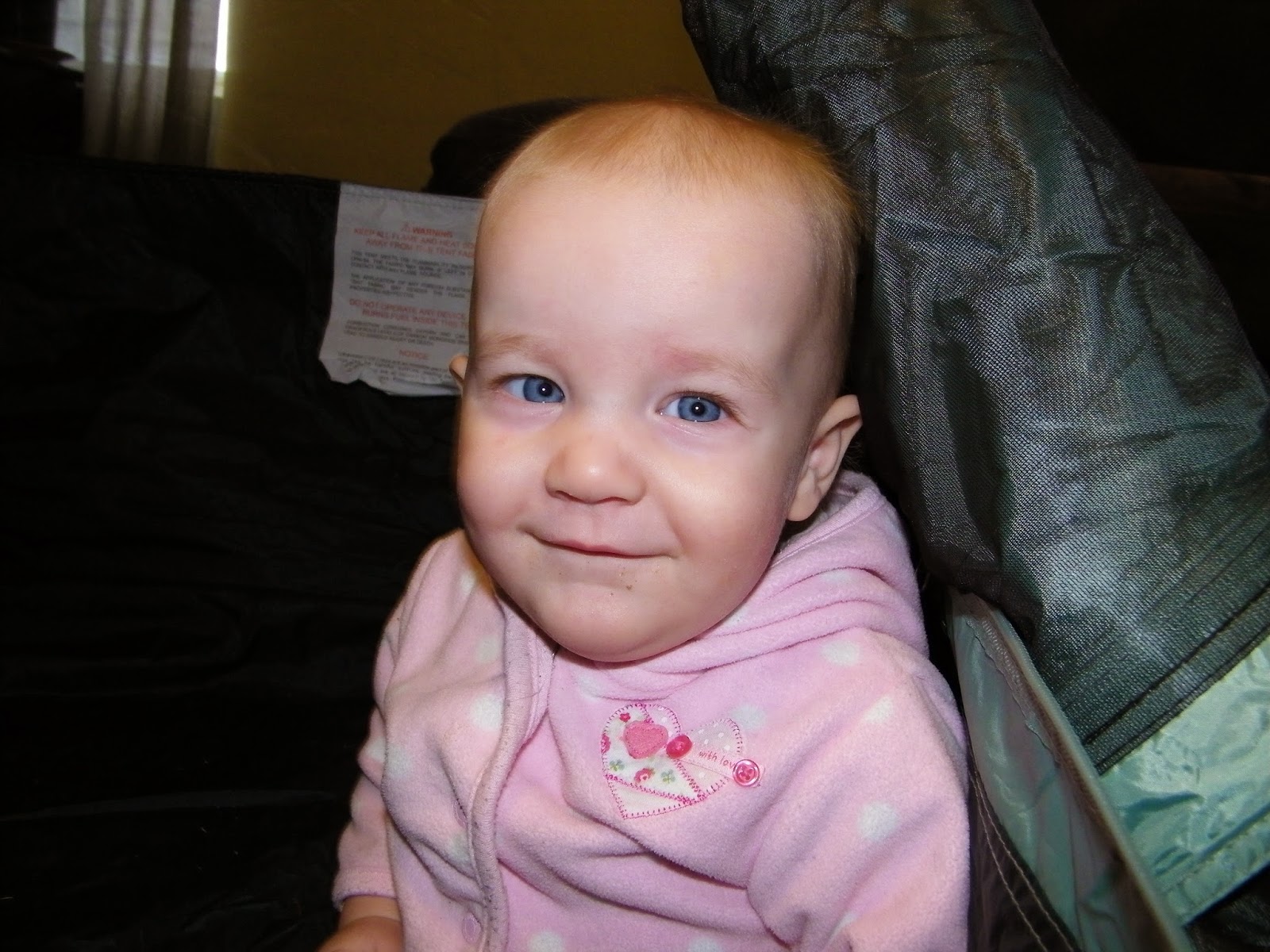 Breakfasts are fun and take almost an hour. 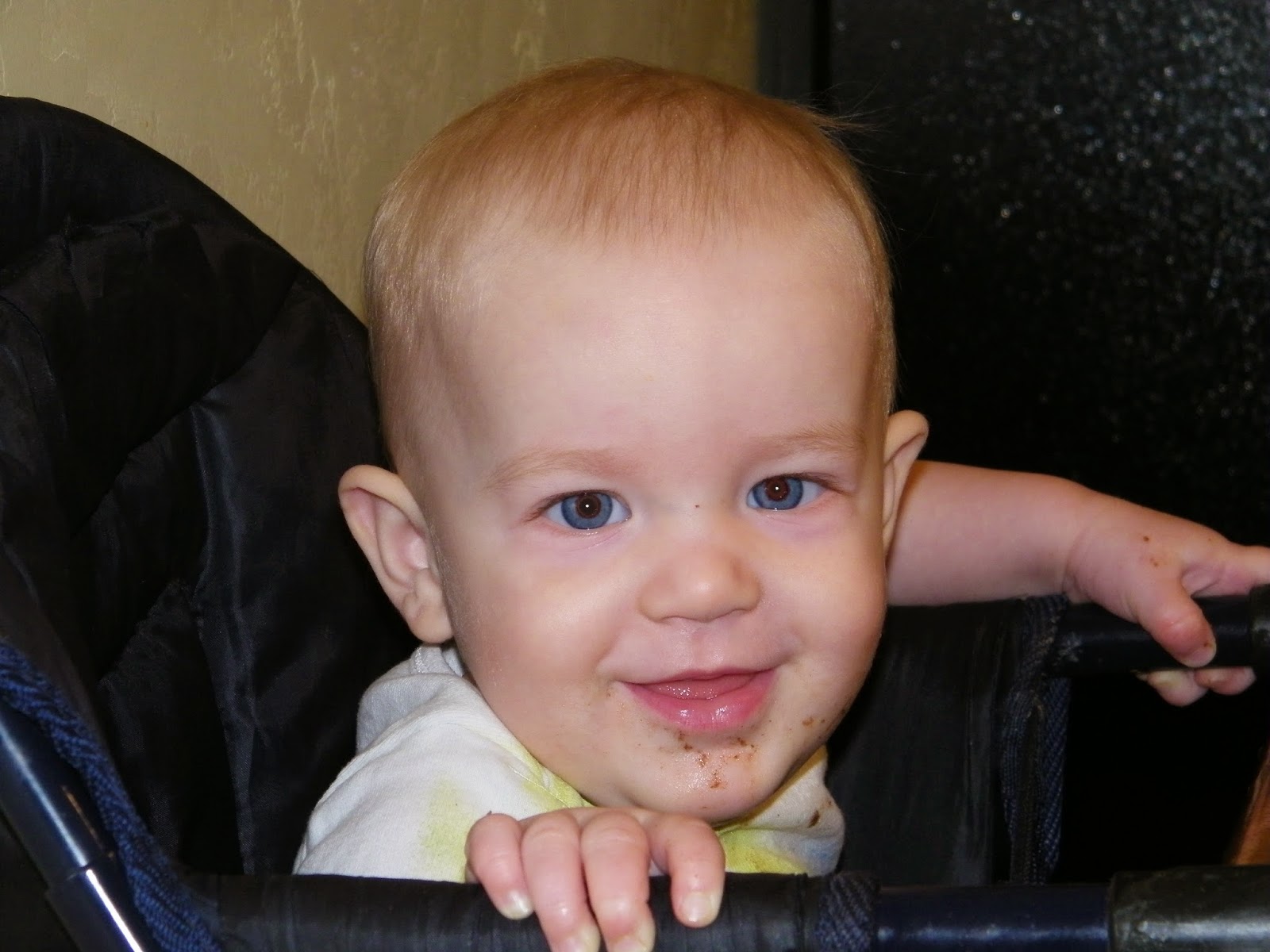 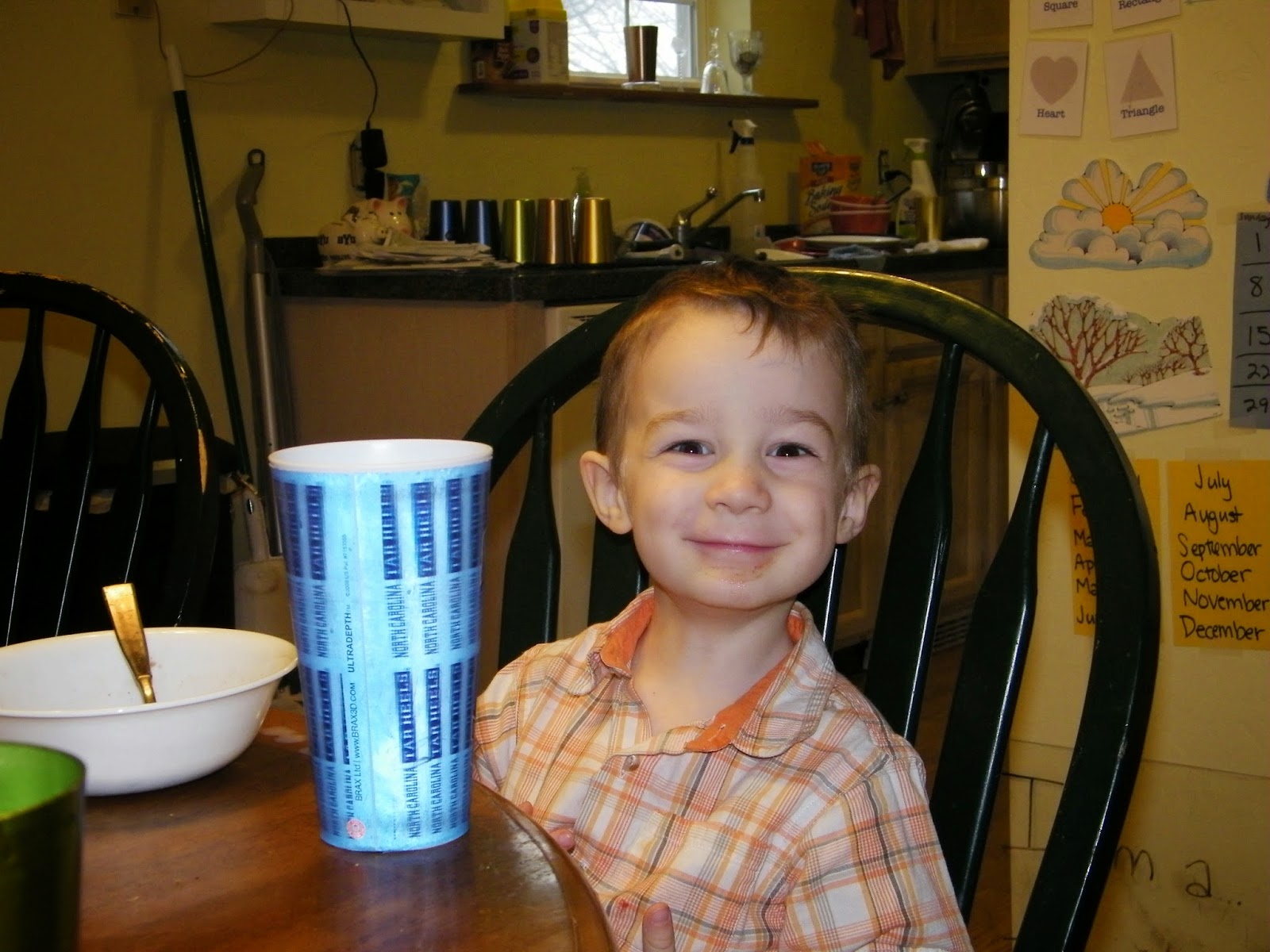 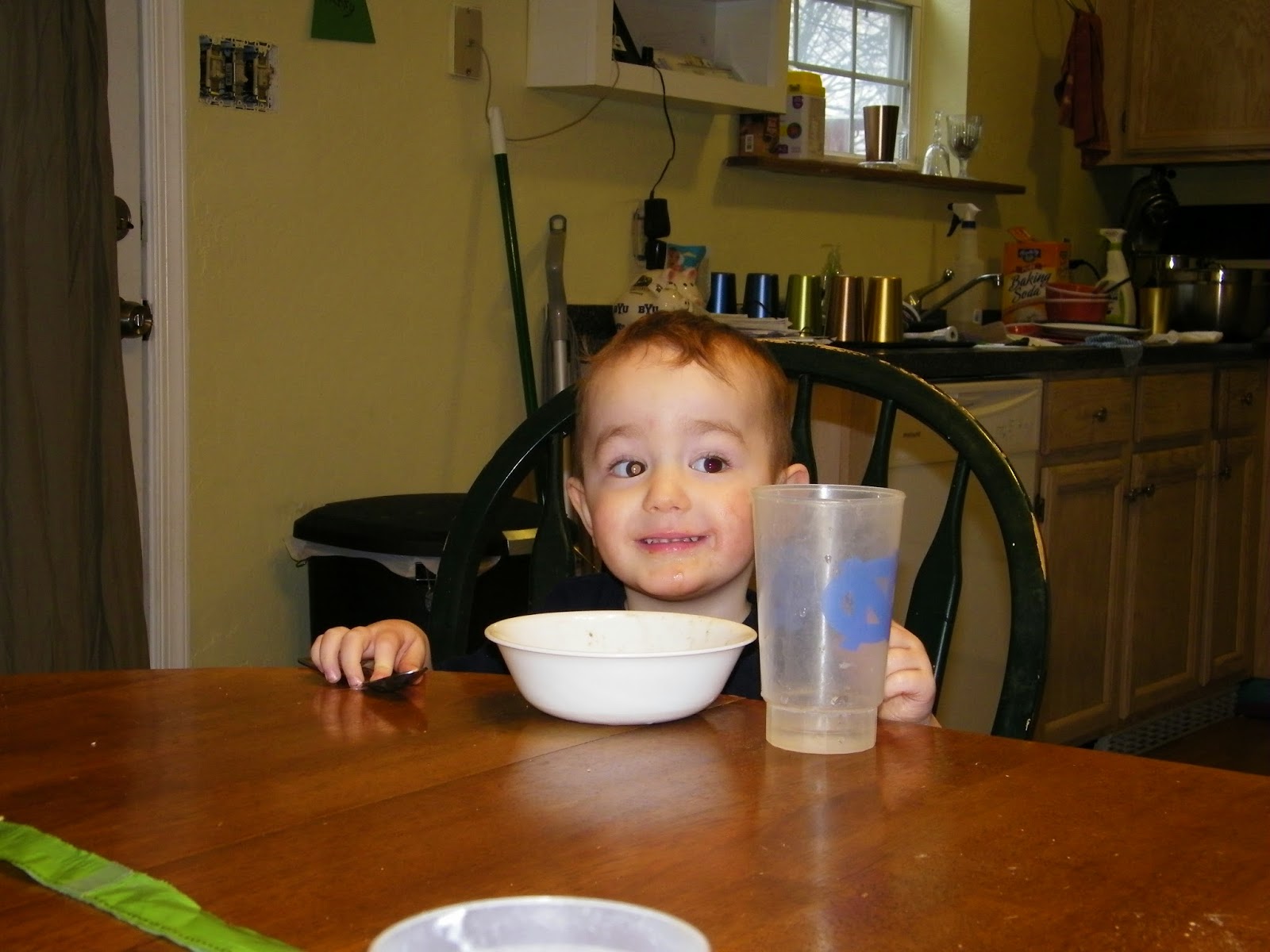 The boys have been enthralled in school time during Elizabeth's nap.  The kitchen is kind of being taken over.  We have the alphabet and each day we add another letter.  Charlie knows most of the prophets.  The boys are memorizing the states of the US. 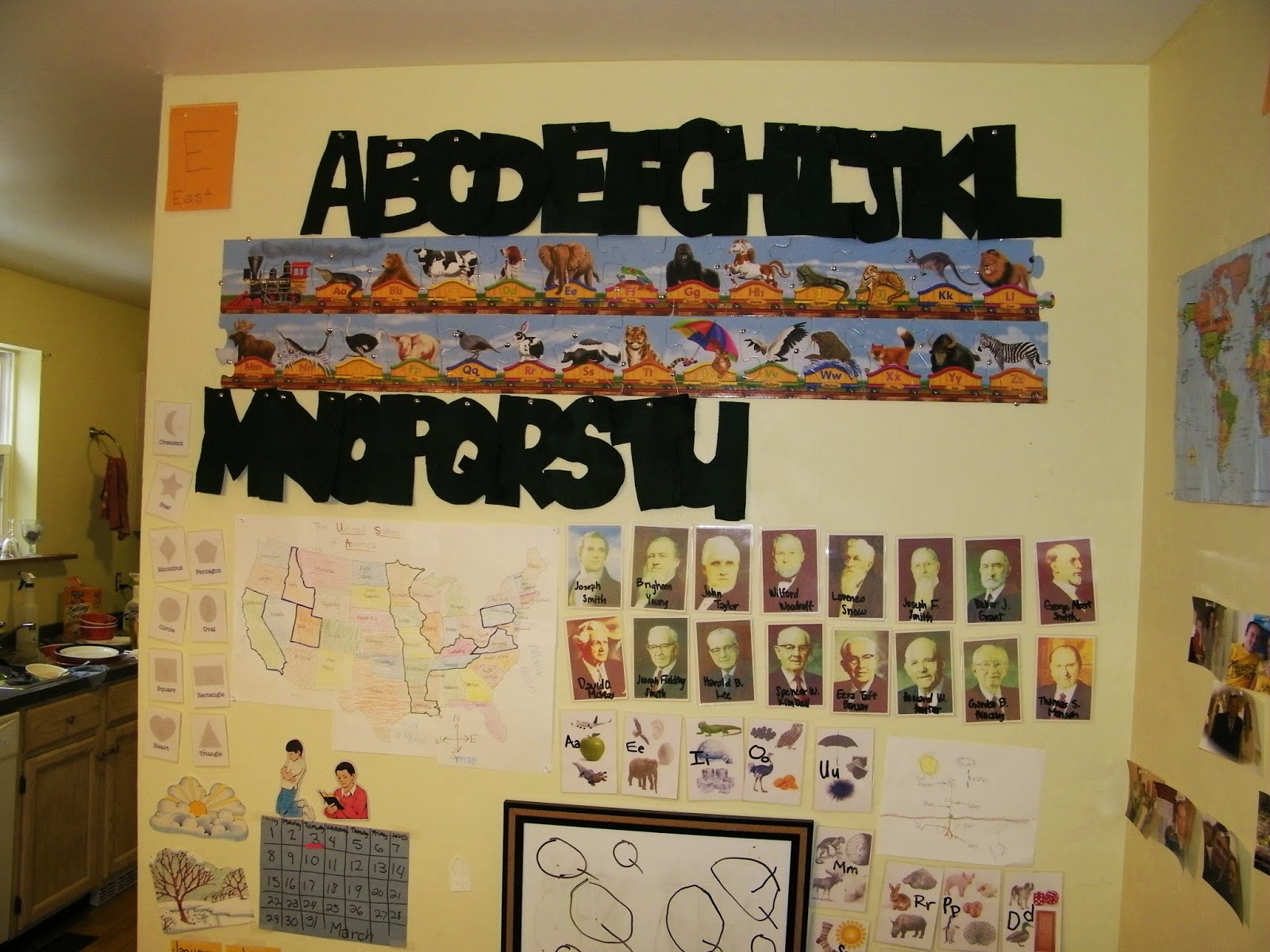 We have a whiteboard where they get to practice writing their letter for the day.  The cards next to the board are ABC flashcard with pictures.  We have a calendar with the weather, seasons, and a list of all of the months.  We have our little plant growth chart below the prophets.  The boys are memorizing the spelling of words that I write on plexiglass.  They practice their words during meal times.  On the black framed glass on the floor we have vowels and consonants separated. 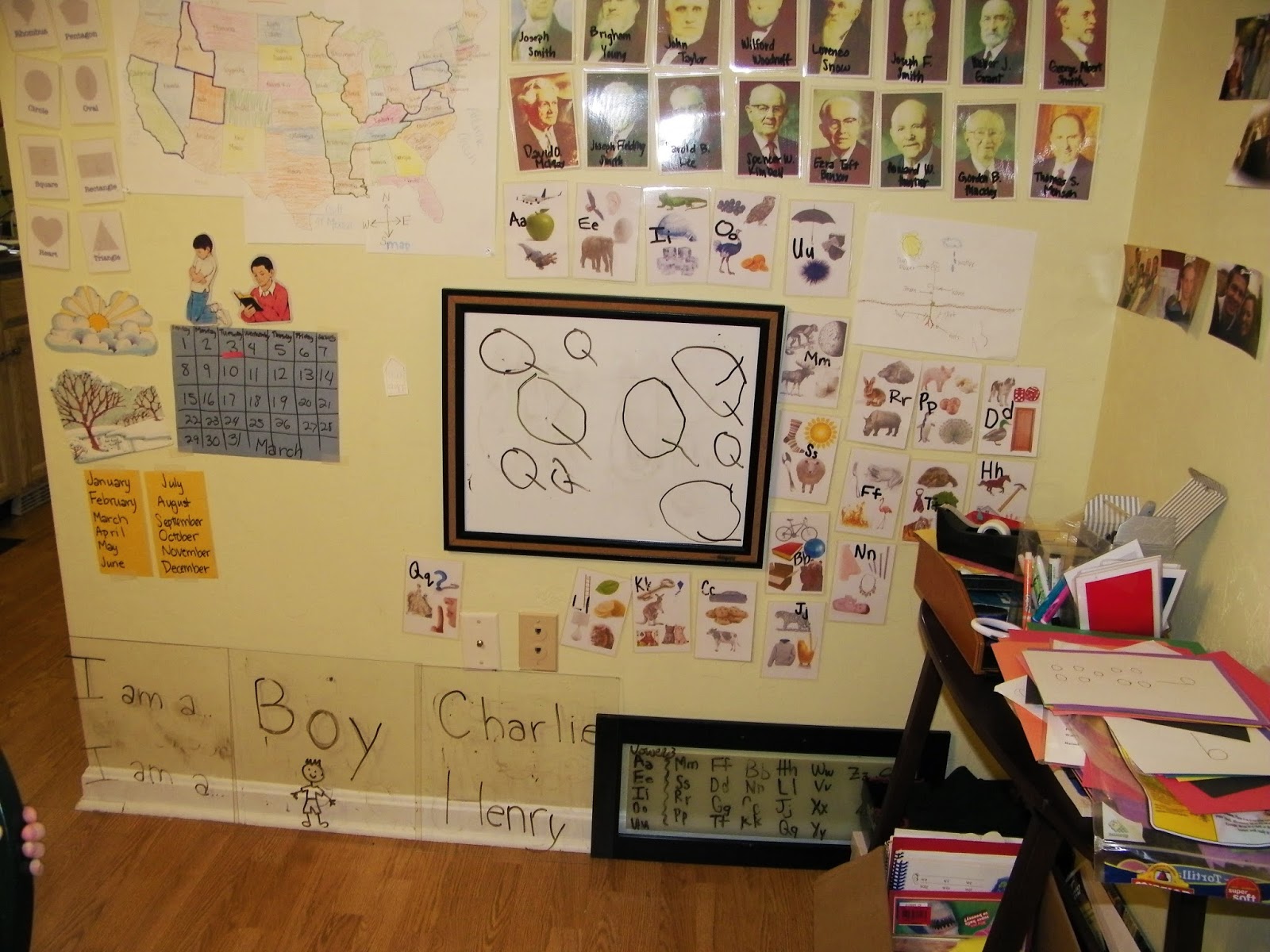 On this wall we have our world map, family, and our languages.  We are learning how to say the same word in different languages.  We started with "yes" I have yet to add more to it. 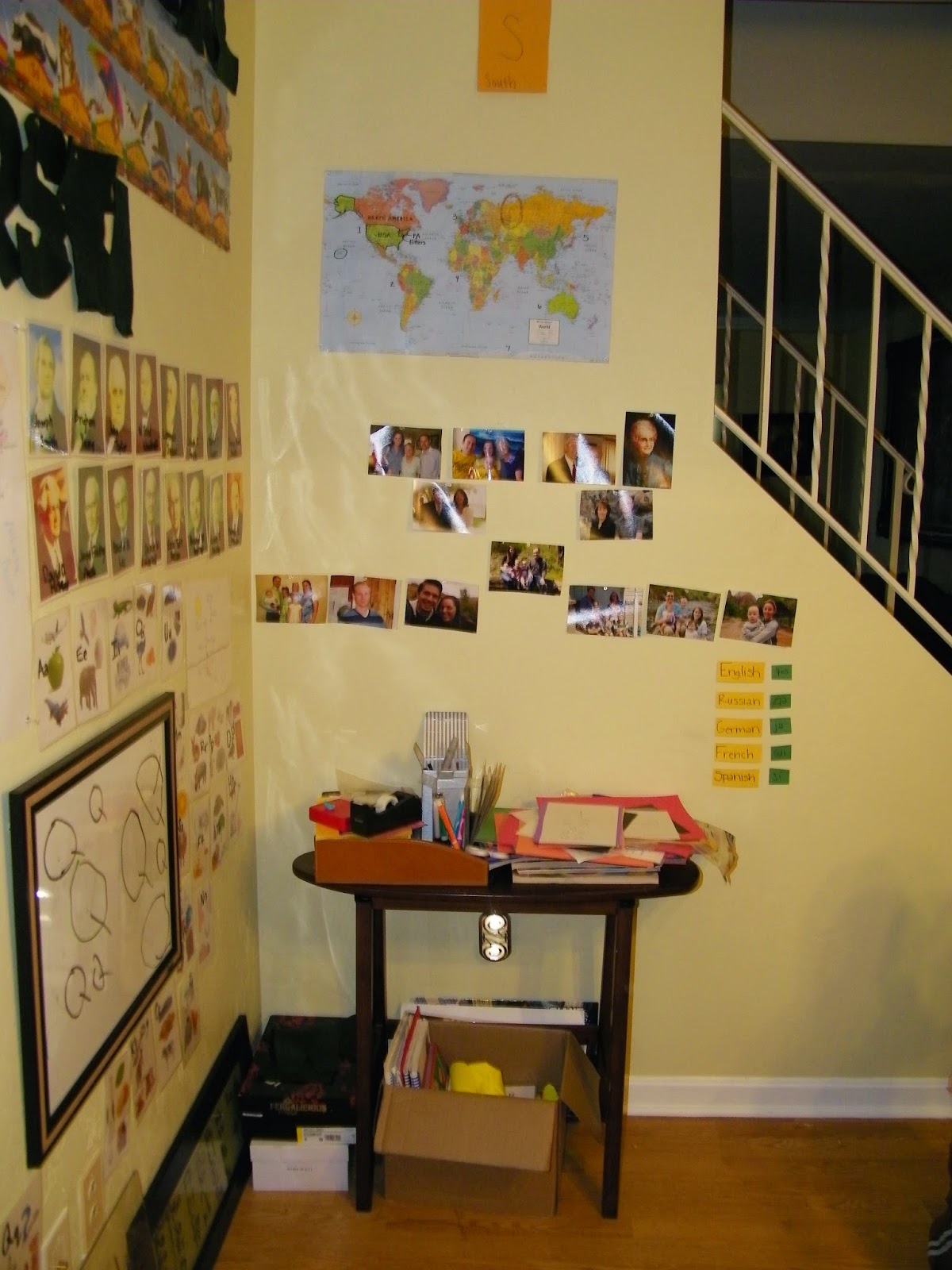 On another wall we have our numbers.  We do a little activity where each boy has a half sheet of construction paper that matches one of the numbers on the wall.  It has the number written on the paper and then that number of circles on the paper.  The boys then put that number of cheerios, one on each circle, on their paper. 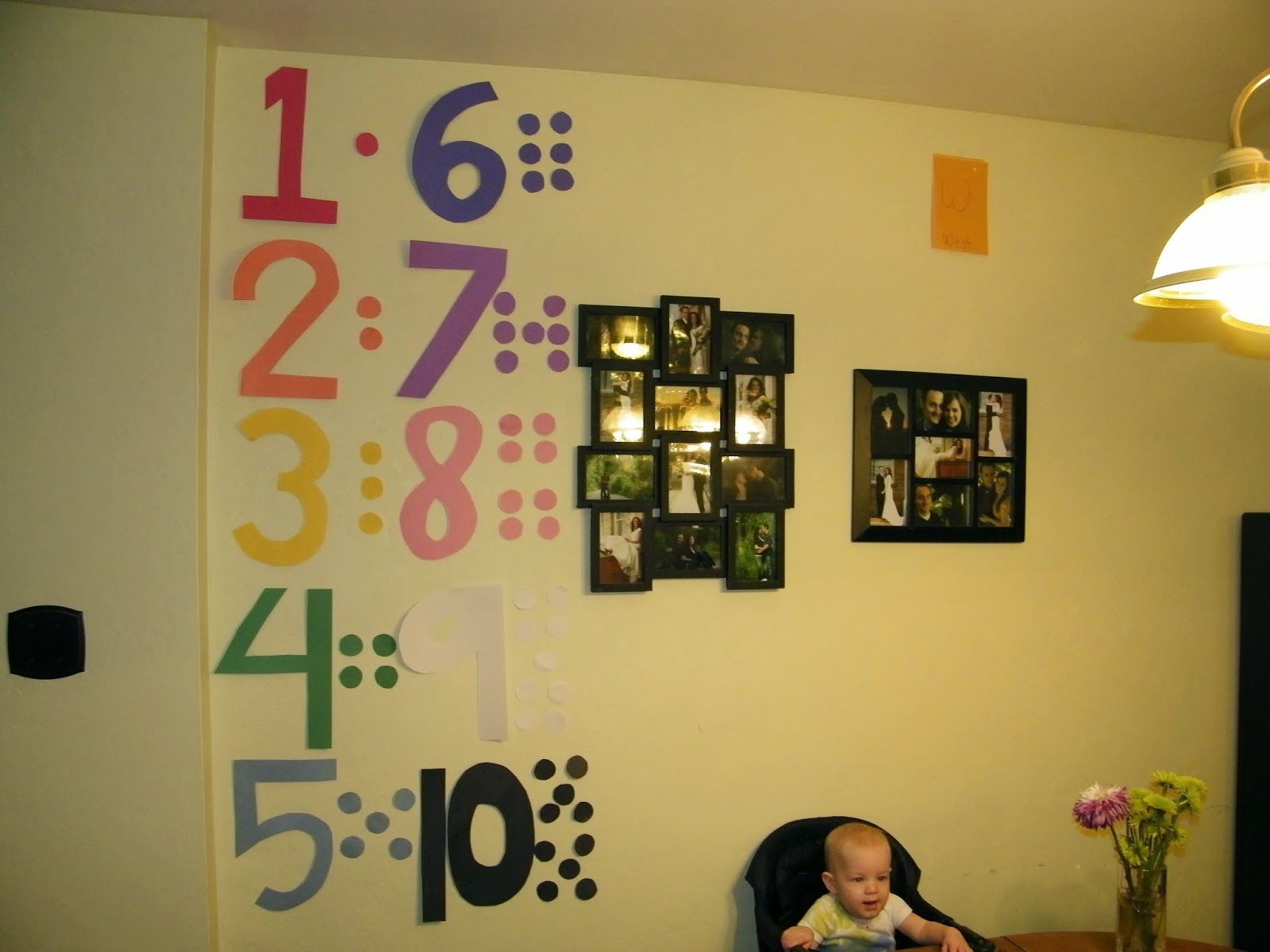 We also cut out new shapes each day and the boys practice writing their name on their shape.  On each of the four walls there are these orange pieces of paper with the directions, north, south, east, and west. With all of the snow, the kids enjoy watching it come down and then melting. 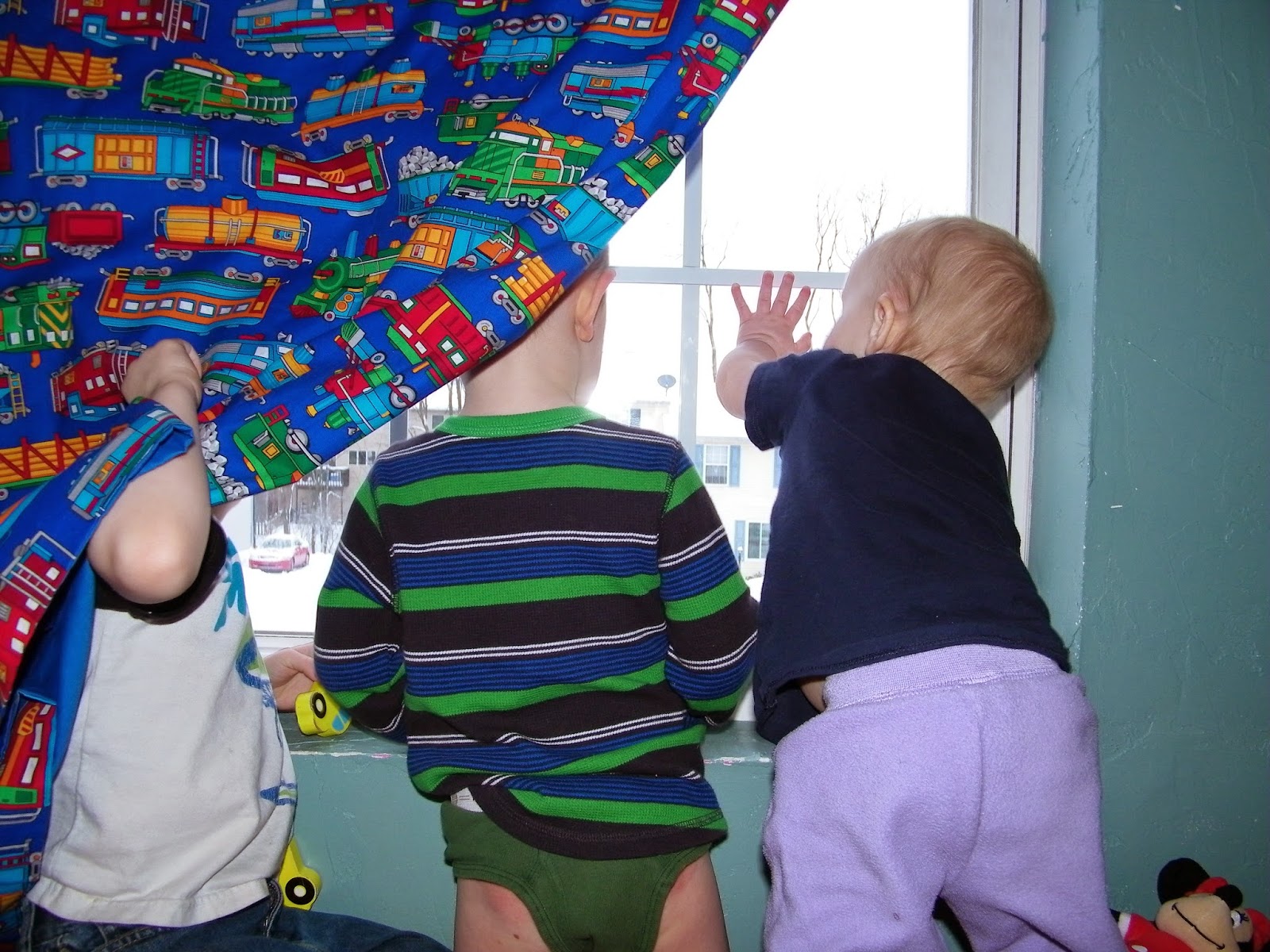 Yes, Henry's undies are on backwards :) 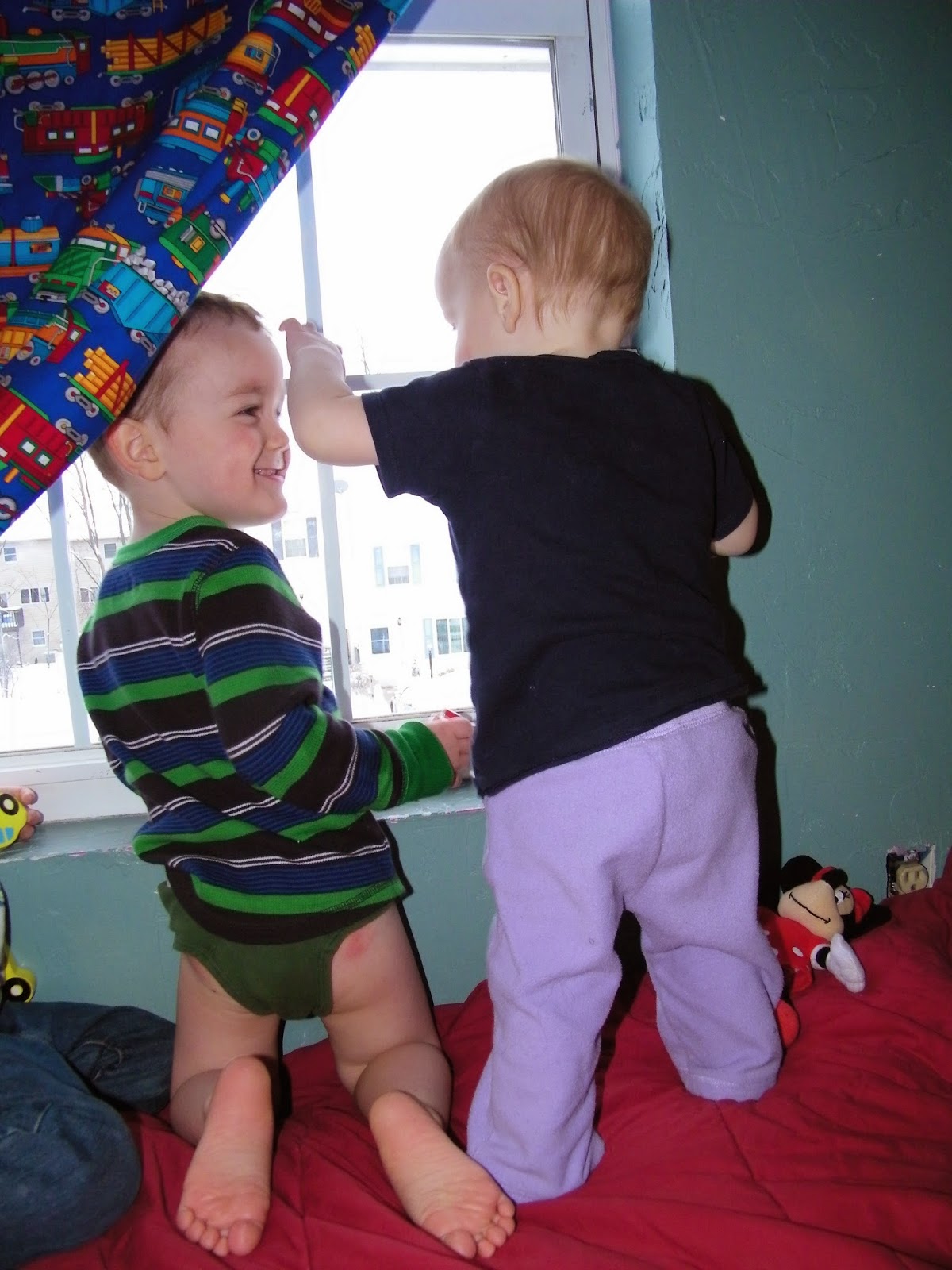 Elizabeth kept playing peek-a-boo with the boys with their curtain. 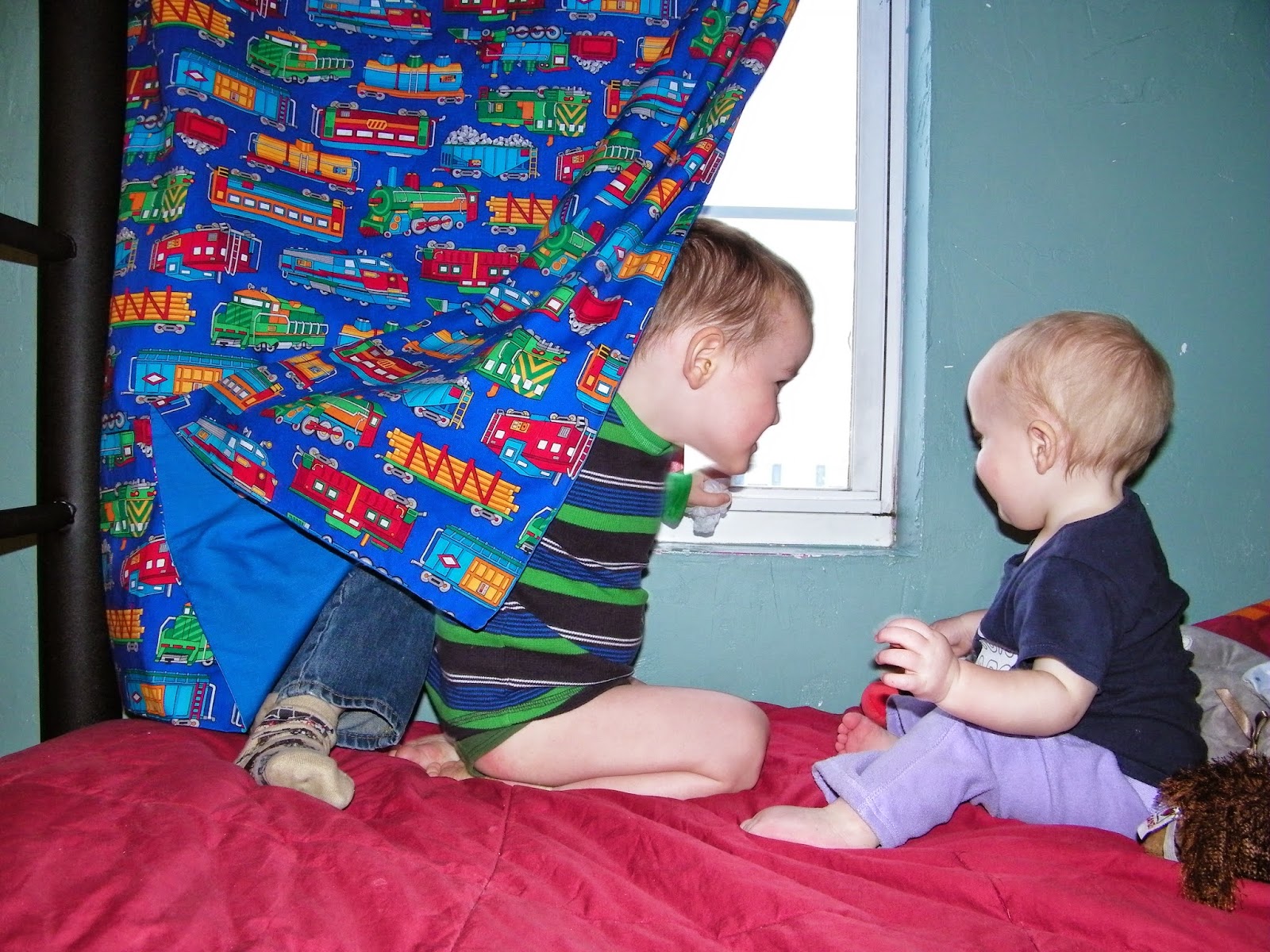 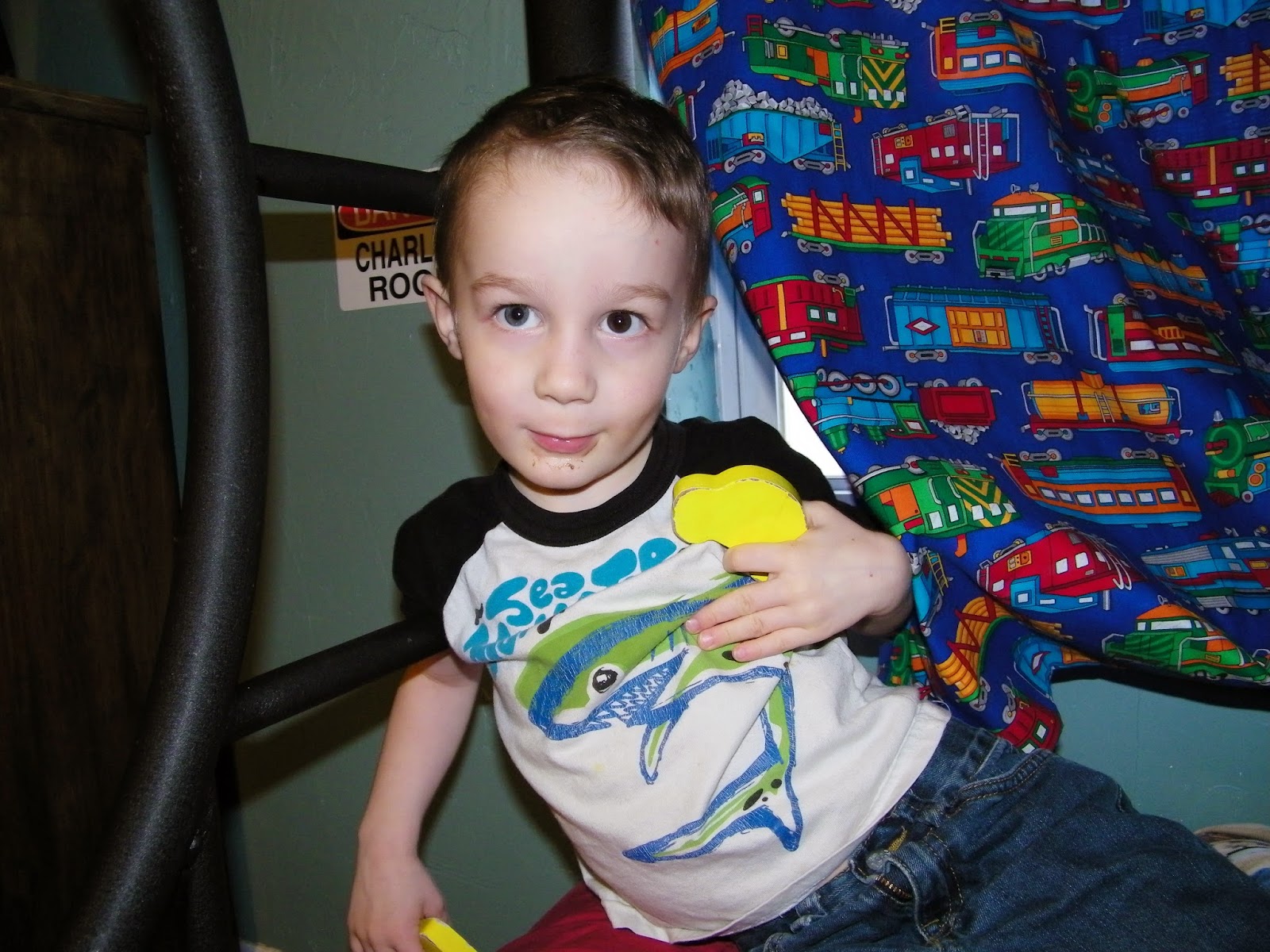 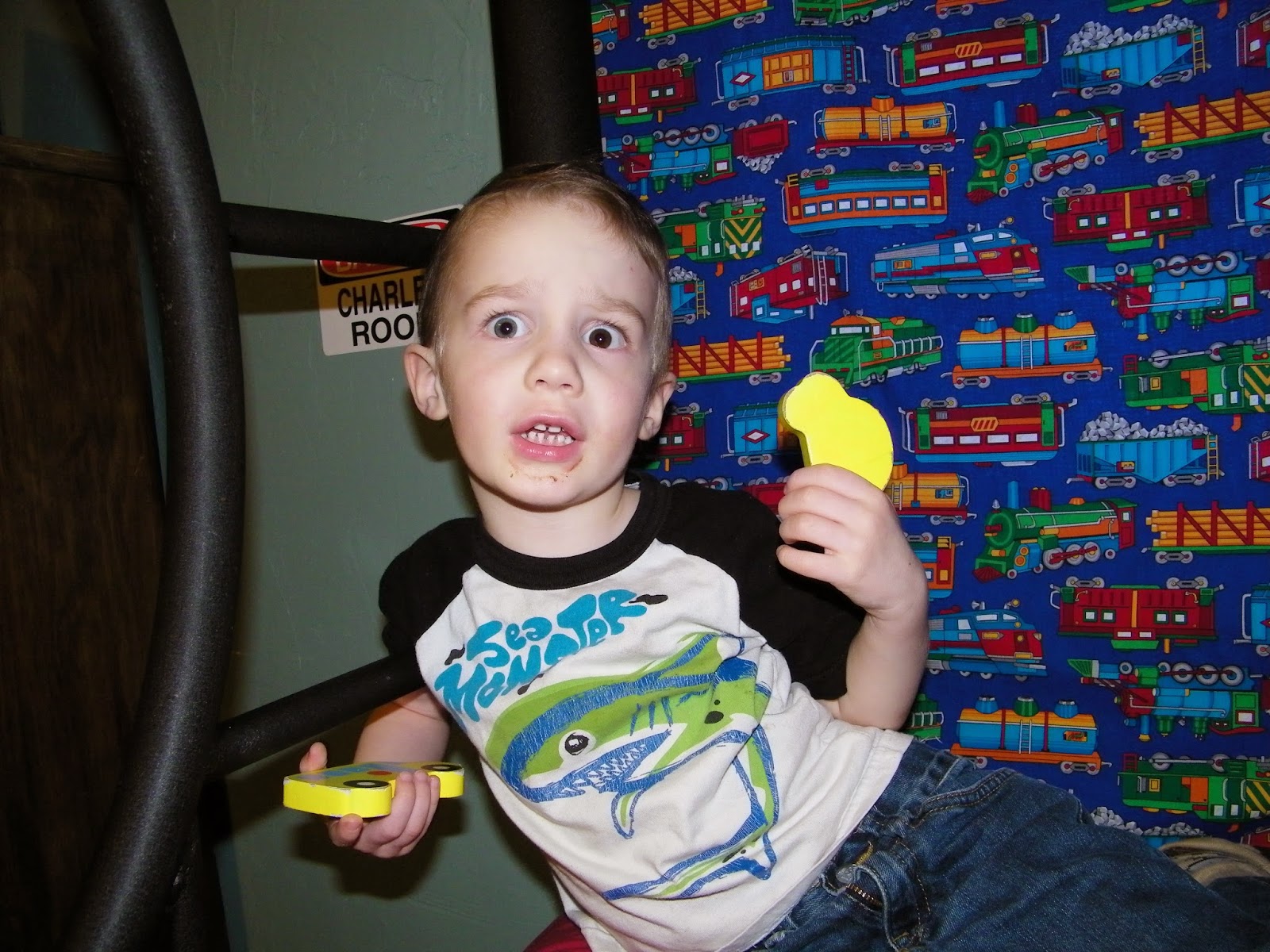 And generally posing for the camera doing things he thinks are fun and wants remembered forever. 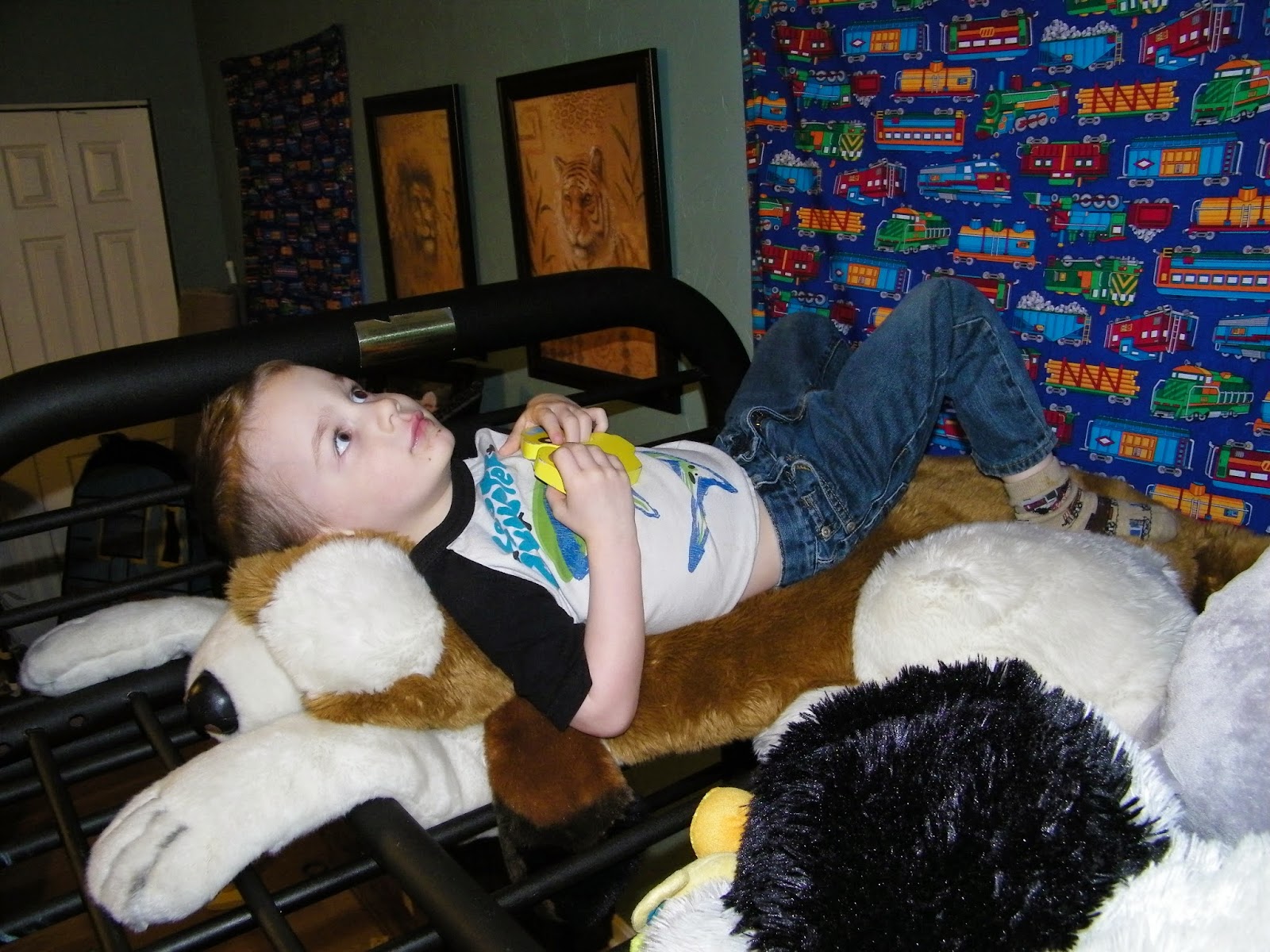 The kids, like most kids, enjoy climbing into our bed in the morning. 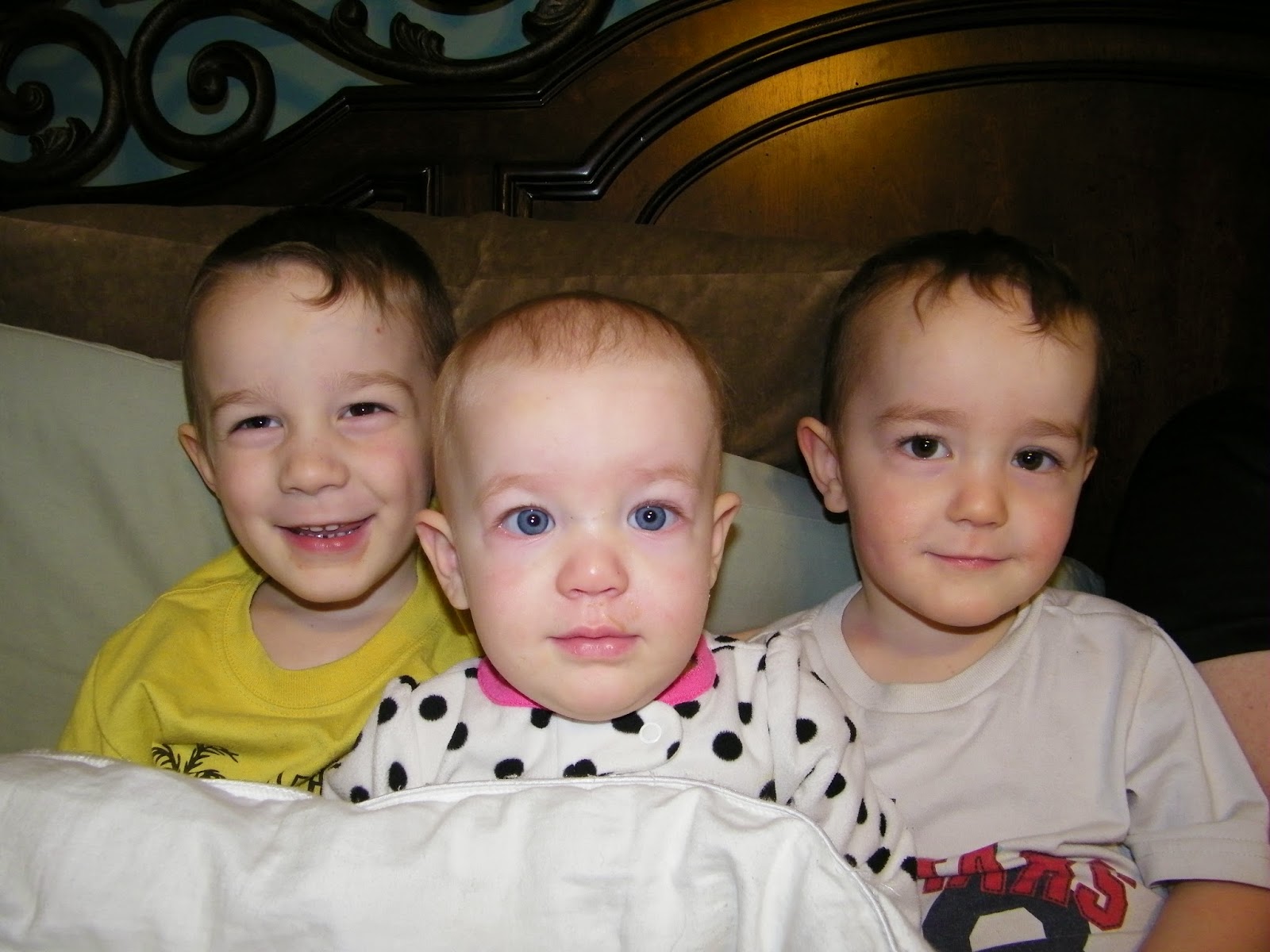 Henry likes to "share" his toys with Elizabeth.  His version of sharing is saying, "share" handing Lizzy a car and then immediately wanting it back.  He gets upset when she doesn't give it back.  And she gets upset when he takes it back.  But Henry is great at playing peek-a-boo with her, so it makes it all up in the end. 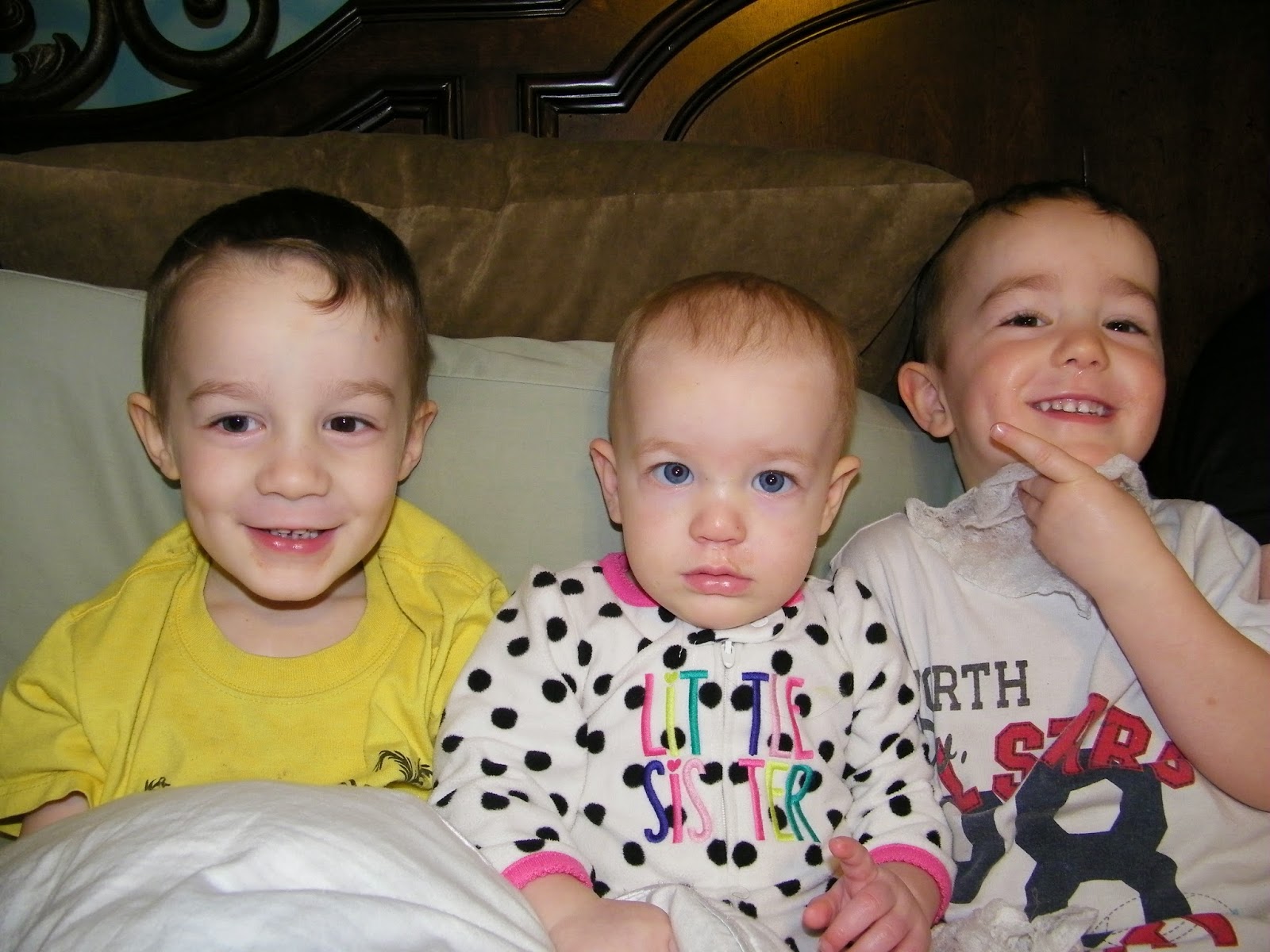 Henry is a very loud, ignorant backseat driver.  He yells, "STOP" and "GO" whenever he thinks is appropriate.  If we listened to him we would all be dead five times over every minute we are in the car.  Speaking of car accidents, we were in a car accident on the way to the gym.  We were driving and the tires of our Benz hit black ice.  Thankfully Charles was driving and did well to navigate the car into a very minor accident with the car in front.  So minor that the car in front yelled out her window that she didn't bother to exchange info.  She was in a pretty old car as well.  We could see that she only had a little white paint on her car.  We came away with red paint and a decent dent.  But the dent matches all of the others on the car.